Every year I cease to be amazed by my garden. Usually my wonderment is at both ends of the spectrum's - at how well some plants do and how poorly other plants do. This year I'm busy being amazed by the ginormous amounts of cherry tomatoes I'm getting as well as the huge zucchinis and crookneck squashes. I love cherry tomatoes, I can eat them as a snack if allowed. Because my garden has allowed for it, I've been really into cucumber sandwiches lately - made with 1 block of cream cheese mixed with 1 packet of Good Seasons Italian dressing mix. I spread that on rye cocktail bread and top with a thinly sliced cucumber and a smattering of dried dill. Delish! 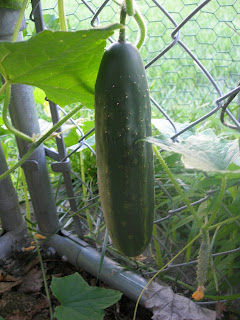 The crookneck squash I'm still not sure what I'm going to do with it. I think I'm going to slice it up and grill it. 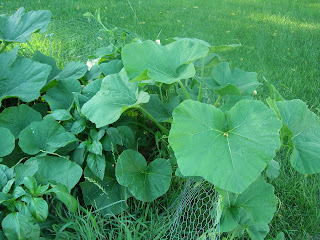 I would make some zucchini bread but the air conditioning is still on the fritz. And it's 91 degrees outside and Lance does not allow the oven to be on even when the air conditioning does work. We've said several prayers in the last 24 hours that Lance would be able to repair the air conditioning. He took a half day off today to go home early to work on it some more. In Lance's exact words "It's supposed to be 91 degrees out. If I don't get the air fixed we will die." Let's continue to pray this is not the case when I get home at 5 pm!
UPDATE: It's 9:33 pm and there is no air in my house. At least today I haven't cried.

On a different note, excellent PURE bar give away taking place at Iowa Girl Eats - check it out!
Posted by Kara K at 3:25 PM

Email ThisBlogThis!Share to TwitterShare to FacebookShare to Pinterest
Labels: garden