I Love a Parade

We took Lucan to his first parade a couple weeks back. It was a big hit! Probably had something to do with the opportunity to eat candy all morning long combined with the chance to point out "trucks" and "cars" and "tractors." Lu doesn't get too much candy unless we are a) bribing b) too lazy to put up the fight and Lu finds some on his own. Usually it's option b and we're too lazy/tired to deal with the inevitable tantrum when we take his treat. So the parade provided a good chance for Lu to munch all morning long on tootsie rolls, suckers, starburst, etc. Super healthy stuff. He did eat a few animal crackers and a box of movie theater popcorn. 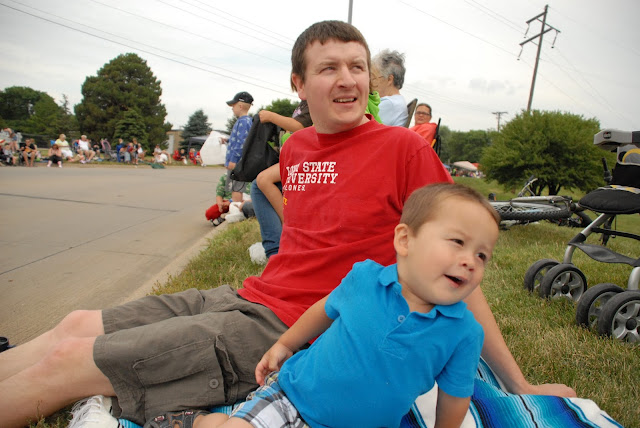 Lu and Lance were anxiously awaiting for the parade to begin. They didn't have to wait long as we got there basically as the parade was starting and snagged ourselves awesome curbside seats.

Lance taught Lucan how to wave at the floats and the people throwing candy. Let me tell you, bringing a cute two-year-old to a parade who is waving a little hand at you will elicit a lot of toosie rolls. A lot. And before people just automatically assume that we took all of the candy for ourselves, Lu had his fair share at the parade.

But how adorable is he? He was enthralled by it all. And notice how his shirt, shorts, sucker and blanket all match. Totally intentional. Just kidding. 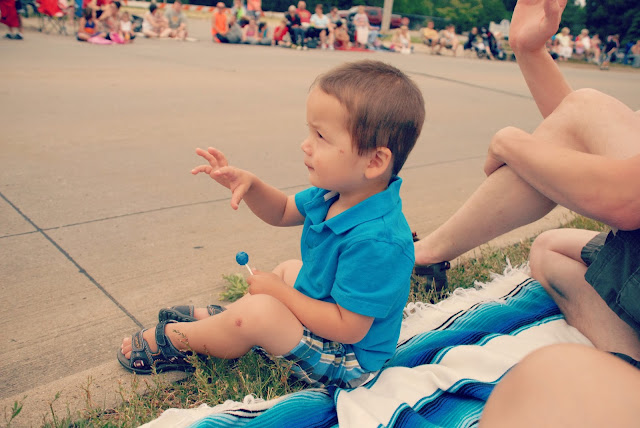 Lance was pointing out the shiny red firetruck. I tried to frame a family picture in the shiny steel. A fun twist.

It was the perfect morning for a parade. Slightly overcast and not overly hot. No one baked, which was a relief. Lu had fun going after candy in the middle of the street (which made my heart stop a couple of times) and we had fun seeing a parade through his eyes. 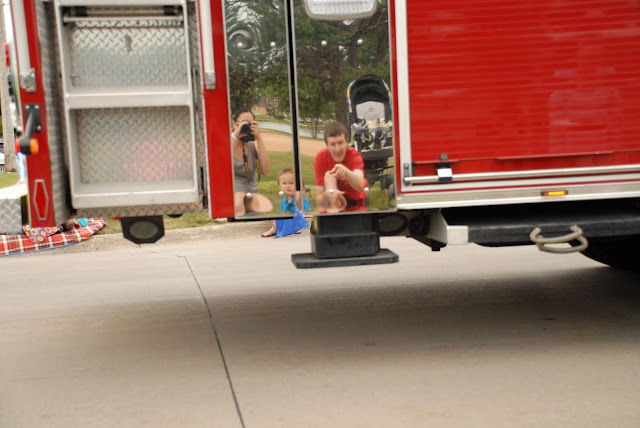 I'm glad that we are having these experiences as a family. Lu's learning about life!
Posted by Kara K at 3:13 PM