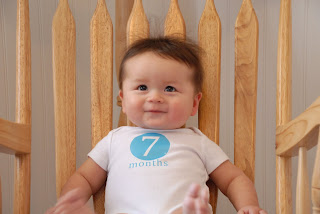 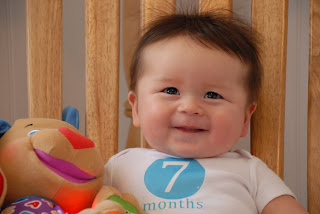 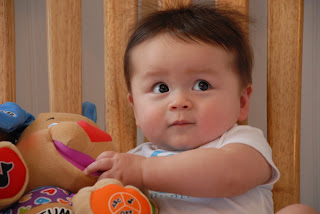 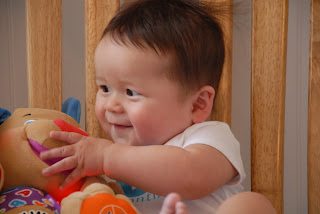 Lucan trying to maul Christmas puppy by pulling off his face. Lucan often times tries to do this to me too. Super fun.
Posted by Kara K at 7:47 AM

Lucan has a fabulous smile--what a cutie!

Lucan is absolutely adorable! A thought on the Santa issue: My parents also did not want to lie to us to make us believe Santa was real because they were afraid we would think they had lied about Jesus. So, they never tried to make us believe in Santa but also never just told us Santa was fake without us asking first. They let us believe if we wanted to and were honest when we doubted.