There are several reasons people blog. Some people are talented and are gracious enough to share their talents. These talents can be things like photography, sewing, remodeling, cooking/baking, saving money, building things, etc., etc. Some people blog because they are oversharers. I obviously fall into the latter category. The tendency to word vomit and the world's cutest baby combined with the opportunity to blog, well ... you can only imagine the endless opportunities to overshare!

So I apologized in advance, but to be fair, you were warned.

Without further adieu, his monthly pictures.

"Mom thinks I may need a haircut soon. Especially around my ears." 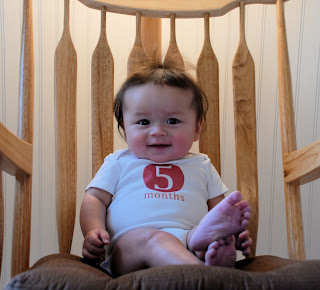 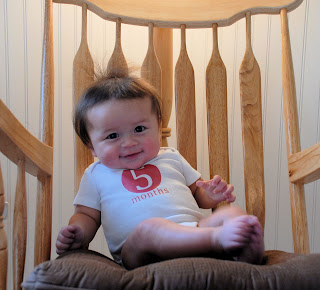 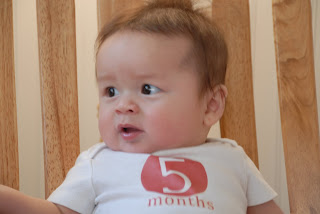 "Sometimes in the morning I like to catch up on my daily farm news." 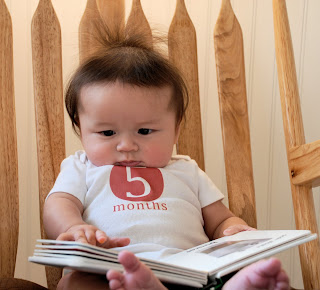 "It keeps me up to date on my tractors and livestock." 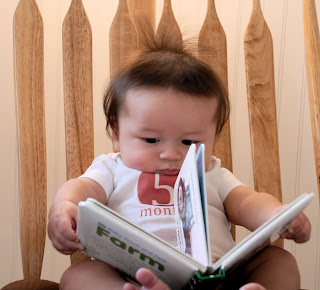 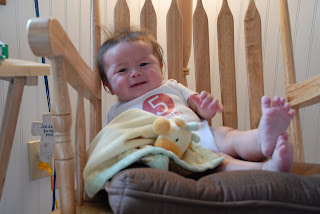 So cute! I love the pictures and the detailed update.

I'm very proud of you for sticking with nursing. One day at a time!

And if you have leftover diapers, you know where to bring them. =)