Pictures hiding on my camera ... 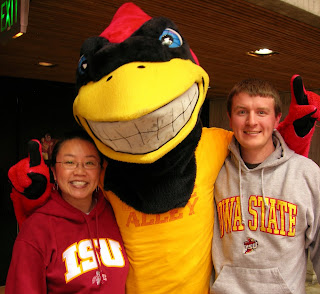 I've never had my picture taken with Cy. This was us at ISU vs Northern Missouri. ISU lost. Go figure. As an Iowa State fan, you get used to disappointment. 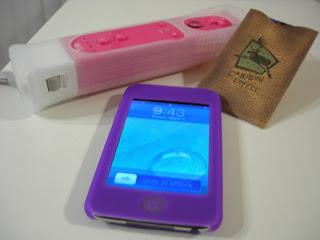 These were my gifts from Lance: an iPod touch, a coffee gift card, and a pink Wii remote with some sort of booster gizmo. We own no such games that need a gizmo, but that's the only way they sell them now. Of course this means they cost more. Which is positively ridiculous. 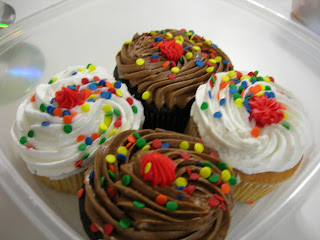 These are my extra-large, bulk-sized Costco cupcakes that Lance got for small group to celebrate my birthday. Now imagine 27 candles jammed into one of those cupcakes. Fire hazard. 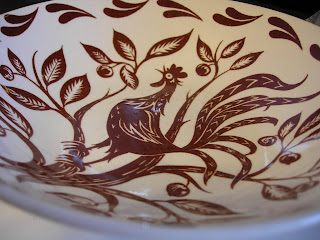 These are Lance's beloved rooster plates. They belonged one time to his Grandma K. Sadly, several have been broken in Lance's reckless college days. He wanted me to take a picture as a keepsake.

This ends today edition of pictures on my camera that have nothing to do with food. :)
Posted by Kara K at 8:37 AM

YUM! I need to think of an excuse to buy some of those costco cupcakes...they always looks so good!