If there is one thing you can count on about birthing a baby is that you can’t count on anything (is that an oxymoron?) Seriously, the only thing to expect is the unexpected. With Lucan’s birth, I arrived at the hospital at 10 cm, missing my epidural and pushed for four hours. AWFUL. At my 39 week appointment, my doctor was asking me about Lucan’s delivery and when I relayed that tidbit to him, he put it at the top of my chart as a warning to whichever doctor was on call for this baby. It was a good thing that he did too. But we’ll get there.
Per my SOP, my plan was to work up until the very end. I asked my doctor at my 39 week appointment if he thought I would make it to my due date. His guess was no, but it was a very reluctant no because there’s nothing so inaccurate as a due date. Because I went into labor with Lucan on my due date, I really had zero guesses as to when baby girl would make her arrival which caused all of us much trepidation. There was part of me that hoped I would have her over Thanksgiving while all our family was in town and we wouldn’t have a last minute scramble to find care for Lucan. But of course that wasn’t the case.


I went into work bright-eyed and bushy-tailed Monday morning and worked a normal day. When I went to pickup Lucan from daycare at 4:30 I was starting to have “twinges.” Then at 5:30 pm I called Lance and told him not to dilly-dally around work and to get his butt home. Of course at this point I was finishing up supper and trying to finish packing the last of our stuff to take to the hospital. Lance scurried home and I told him that he needed to text our friends to come and watch Lu. Then I told him that he should call my parents to let them know that they would need to come back to Des Moines tomorrow to pickup Lu from daycare. We finally got a hold of our friends who were going to watch Lucan and scooted off to the hospital. I had a hard time leaving our house in a mess (I really wanted to clean up the supper dishes and change the sheets on the guest bed) but in the midst of contractions I knew better.
My OB had told me that second babies always go faster than the first ones so if I wanted my epidural to not wait around at home like I did last time. Lance called our OB’s office to let them know we were headed into the hospital and to also find out which doctor was on call for the evening. Going to a big practice, I had no idea which doctor would be on call when the time came. I was delighted to find out that it was actually a doctor I had seen before – Dr. McEntaffer. When we arrived at the hospital around 8:45 pm there were three of us who were checking in all at the same time. The nurse asked how far apart my contractions were and said that based on that info I still had awhile. In my head I skeptically commented that we would see. One of the other “women” (she was 18 but I suppose if you’re going to have a baby you get to be a “woman” and not a girl) was fairly frantic. I later found out that she had been into the hospital six other times in false labor and wasn’t actually in labor that night either. I couldn’t help but feel bad for the girl because if she was frantic in false labor, real labor was not going to be good.


They finally got me settled in a room and finished the check-in process. The nurses have to ask what your highest level of education completed which I remembered from the last time. But this time I had the sense of humor to ask what that had anything to do with having a baby. The nurse had no good answer for me. At this point Dr. McEntaffer arrived, asked me a few questions and then checked me to see how far dilated I was. She had commented that when she was reviewing my chart she had seen Dr. Osborn’s note about me arriving at the hospital dilated to a ten and knew she needed to hustle her buns to the hospital. She was surprised to find I was dilated to seven based on how well I was taking contractions. We talked about my birth plan because Lance had left the camera in the car and had already made one separate trip and inadvertently my birth plan had also gotten left in the car and Lance was not about to make another trip.  I was still on the fence about the epidural because I knew I was capable of having a baby without one and because I knew that my hospital bill would be cheaper without one (Lance later told me that the money reason was not a valid reason to forgo the epidural). The doctor advised me that she thought that if they broke my waters I would go fast enough to not need the epidural. So I bravely went without. Famous last words.
Fast forward an hour and a half. Lance tried to get a cup of coffee. Instead he received a death glare from me and was told he could drink odorless water. After she broke my waters, labor started progressing a lot faster and contractions started hurting more. A lot more. Not enjoyable. Then it came time to push. Pushing sucks. Plain and simple, sucks. I know I’ve heard from other women the act of pushing has been a relief because they feel like they’re finally getting somewhere. Let it be said, I am not one of those women. After two pushes I started panicking. Panicking that I couldn’t do this. Fortunately my doctor swooped in and said that I would not be pushing for four hours with this baby, that I would push four TIMES. She wasn’t quite right, but that was the motivation I needed to meet my daughter. One more push and Gracelyn Elizabeth made her way out into the cold, bright world. APGAR score of nine!


But we’re not quite done yet.
There was quite a bit of bleeding that continued after Gracelyn arrived. To quote my doctor, I was “gushing” blood. A lot of blood. They checked my placenta to make sure it was intact, but they couldn’t pinpoint why I was losing so much blood. So they gave me two shots of something, one in each leg to help stop the bleeding. I also got three bags of pitocin. This was in the midst of being stitched up from my second degree tears. I didn’t remember the stitching hurting so much with Lucan. But it was at this point I used a couple of expletives. But the thing that was the worse: uterine massage. It’s one of the things they do to help decrease bleeding. Don’t be fooled by the word “massage” though. It really just means the nurses are basically punching you in the stomach. It hurts like a bee-otch. And when I say hurts like a bee-othch I mean it. This is coming from the lady who has done two natural childbirths. I was fine with the world until they started my “massages.” Sadly I had almost three hours of being punched after I delivered Gracelyn. Three hours of massage at five minute intervals is no picnic. During the punching period I gripped Lance’s hand for all I was worth. Lance thought I was going to break his fingers.

Finally at 1 AM they released me from the labor and delivery floor and let me go down to the Mom and Baby floor to recover. But my fun wasn’t over. Somehow the nurse thought 1:30 AM would be the perfect time to go through a hospital questionnaire. It wasn’t. Lance was super ticked. He just wanted sleep. We both wanted sleep. I would have thought sleep would have came naturally to my poor exhausted body, but with all of the nights antics sleep would not come. I was awake until 6 AM, tossing and turning and praying in vain for rest. And that is the story of Gracelyn’s entrance into the world! 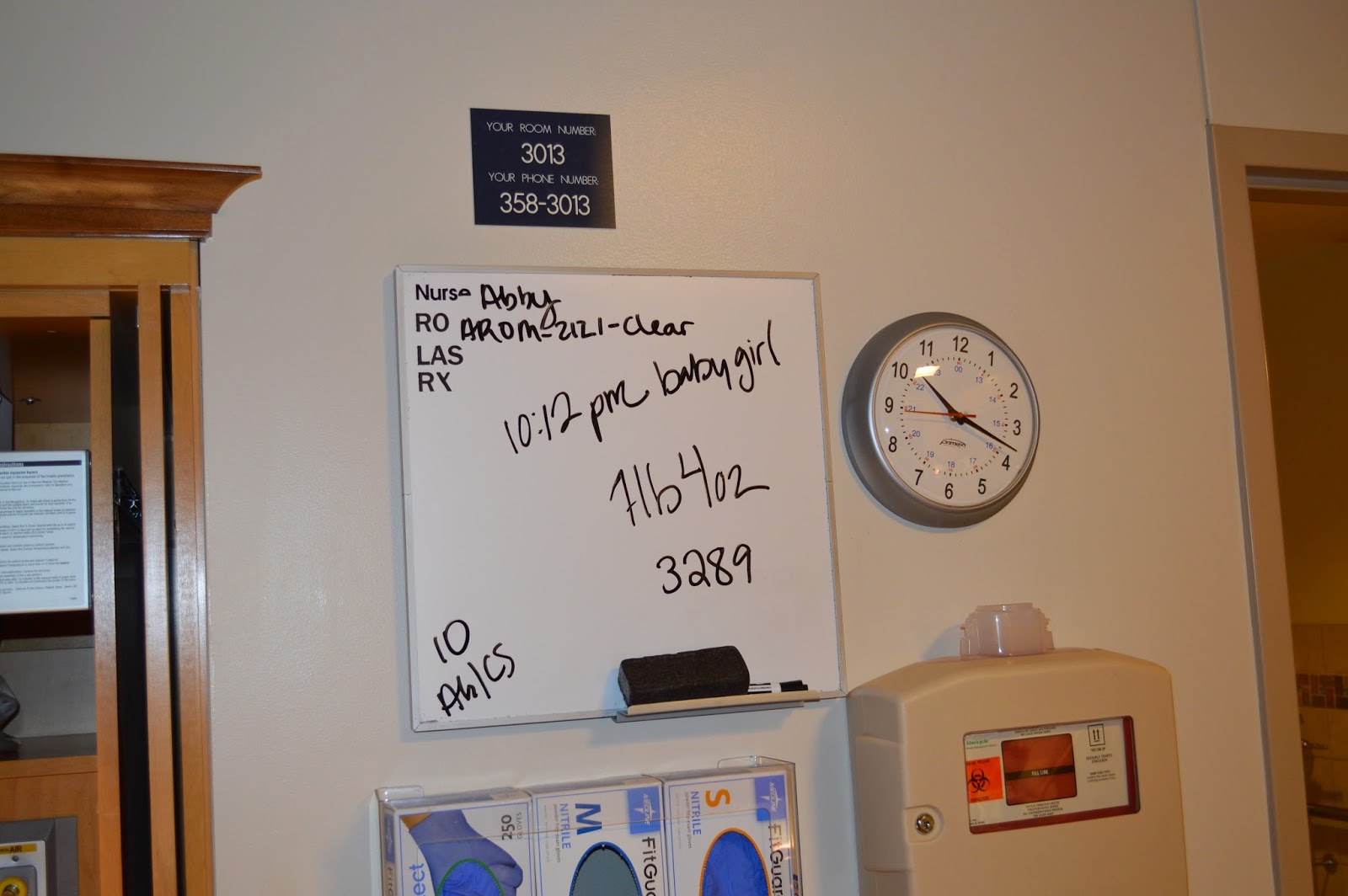 The following photos were taken by my coworker, Crystal Newcomb - check her out at crystalnewcomb.com 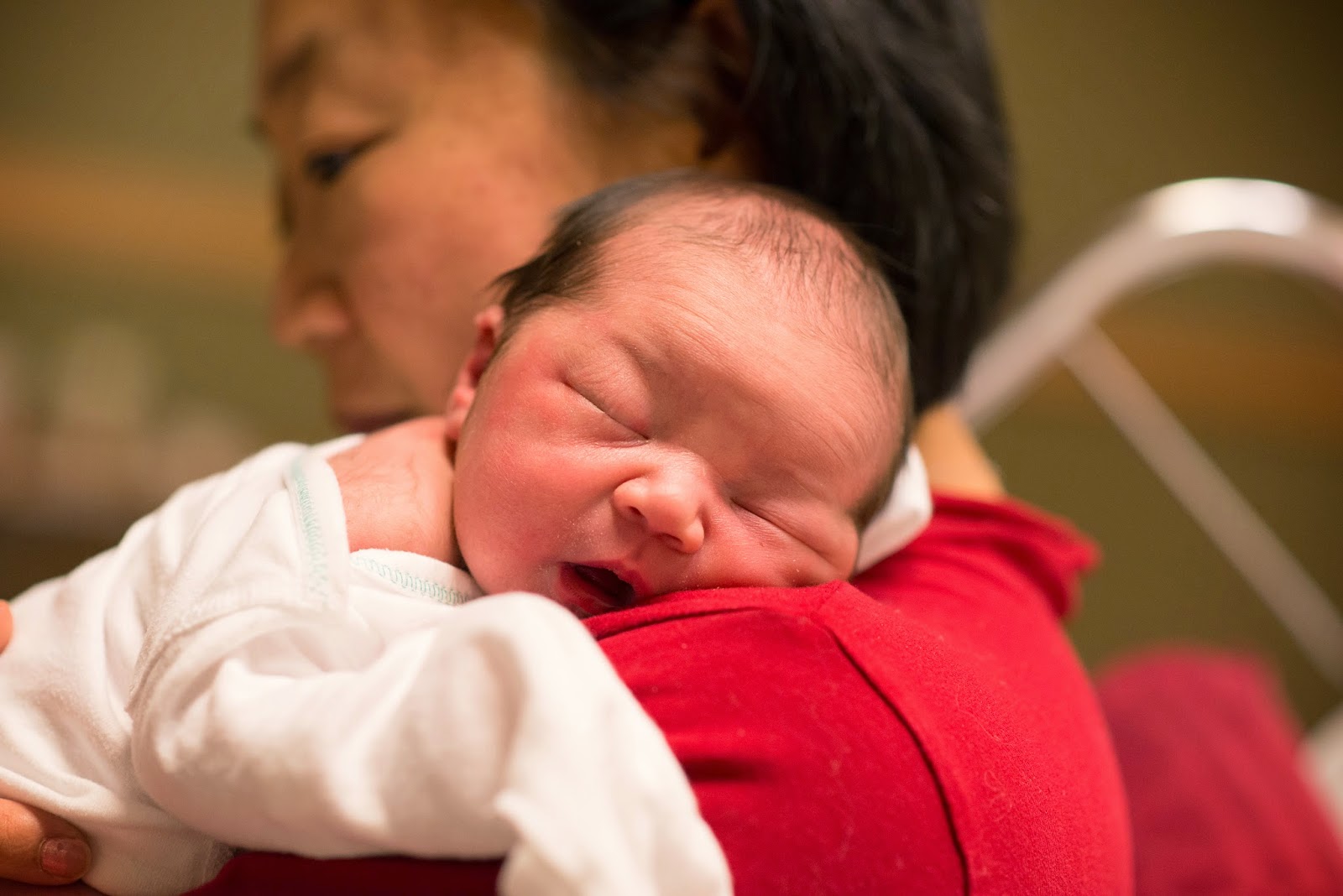 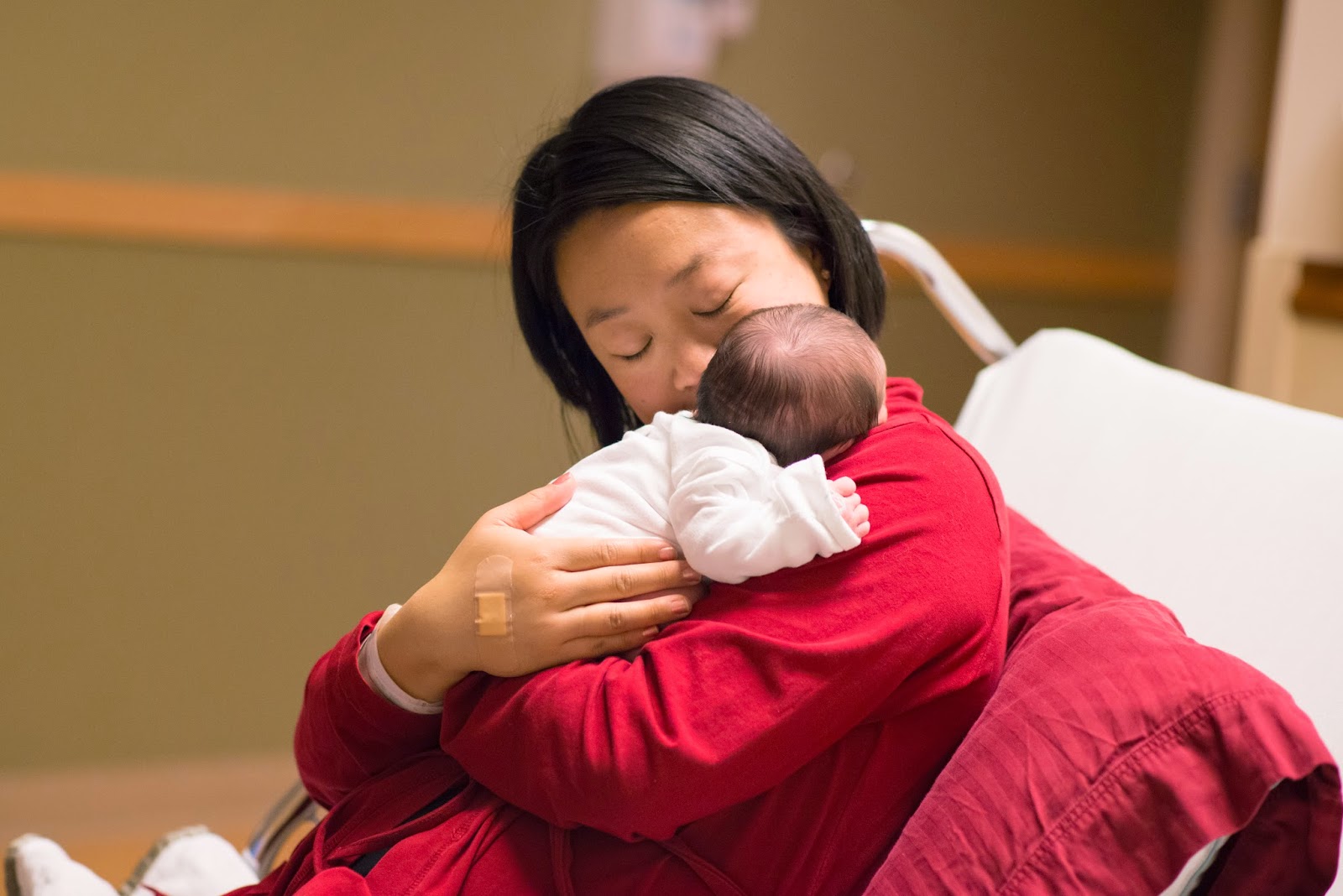 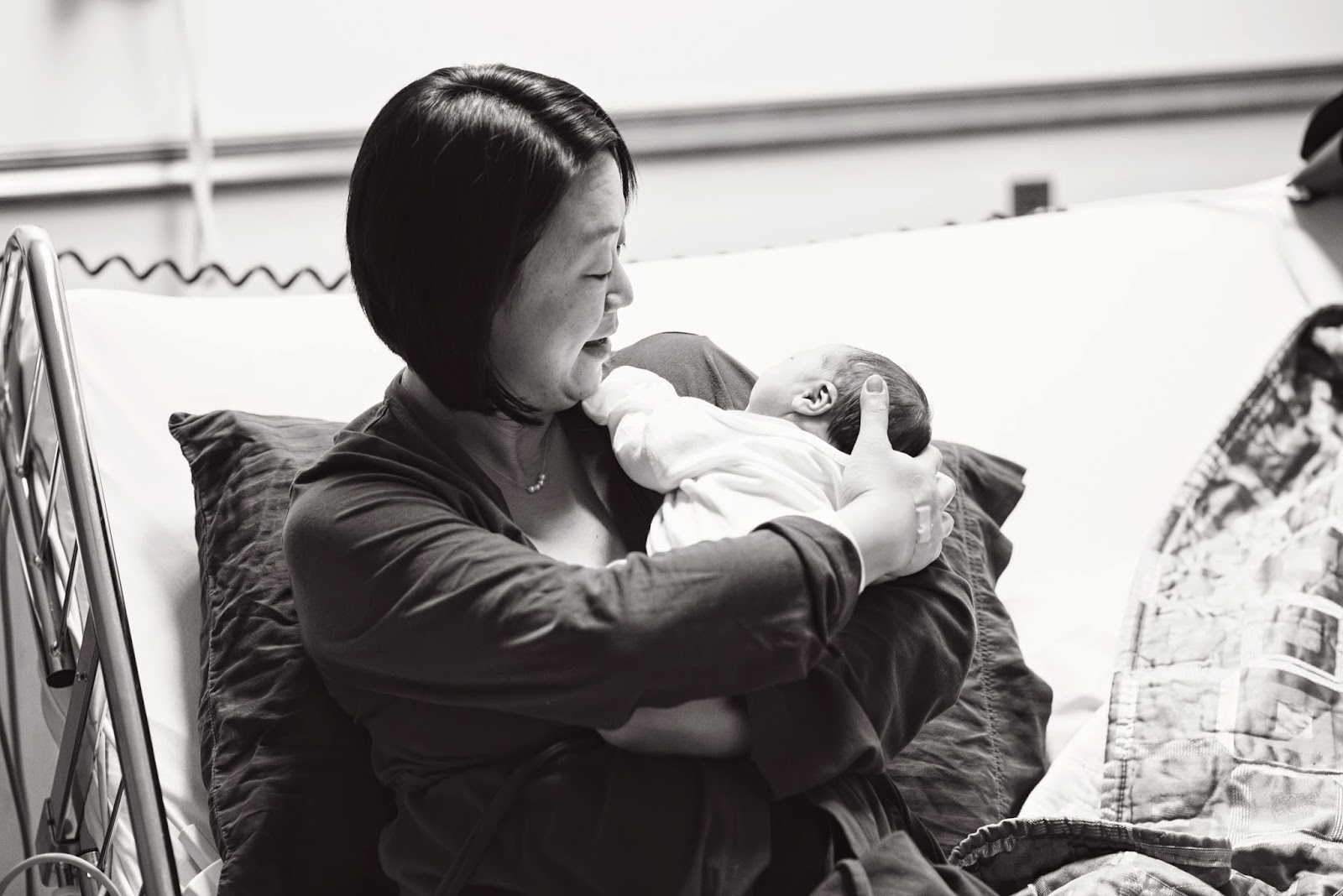 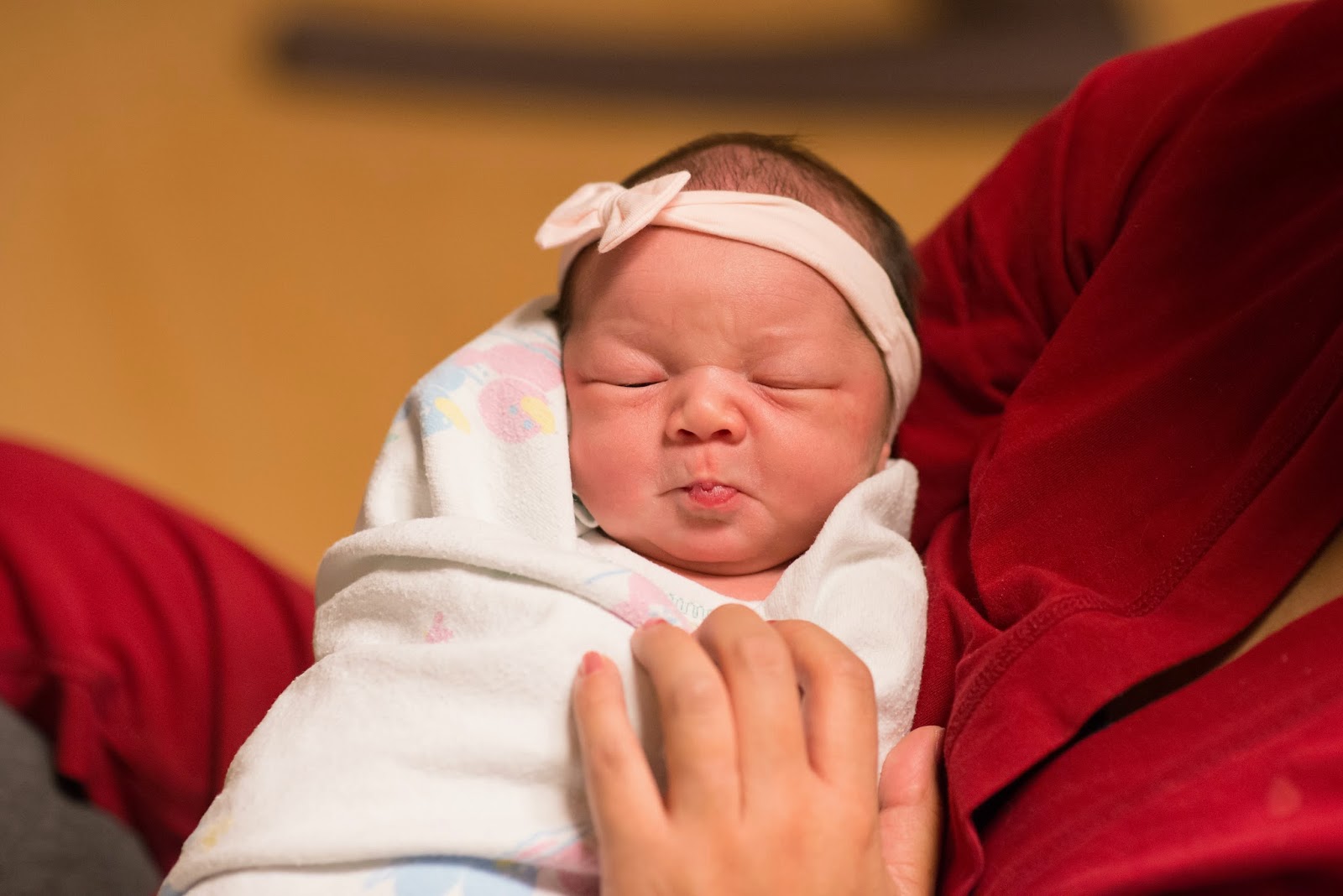 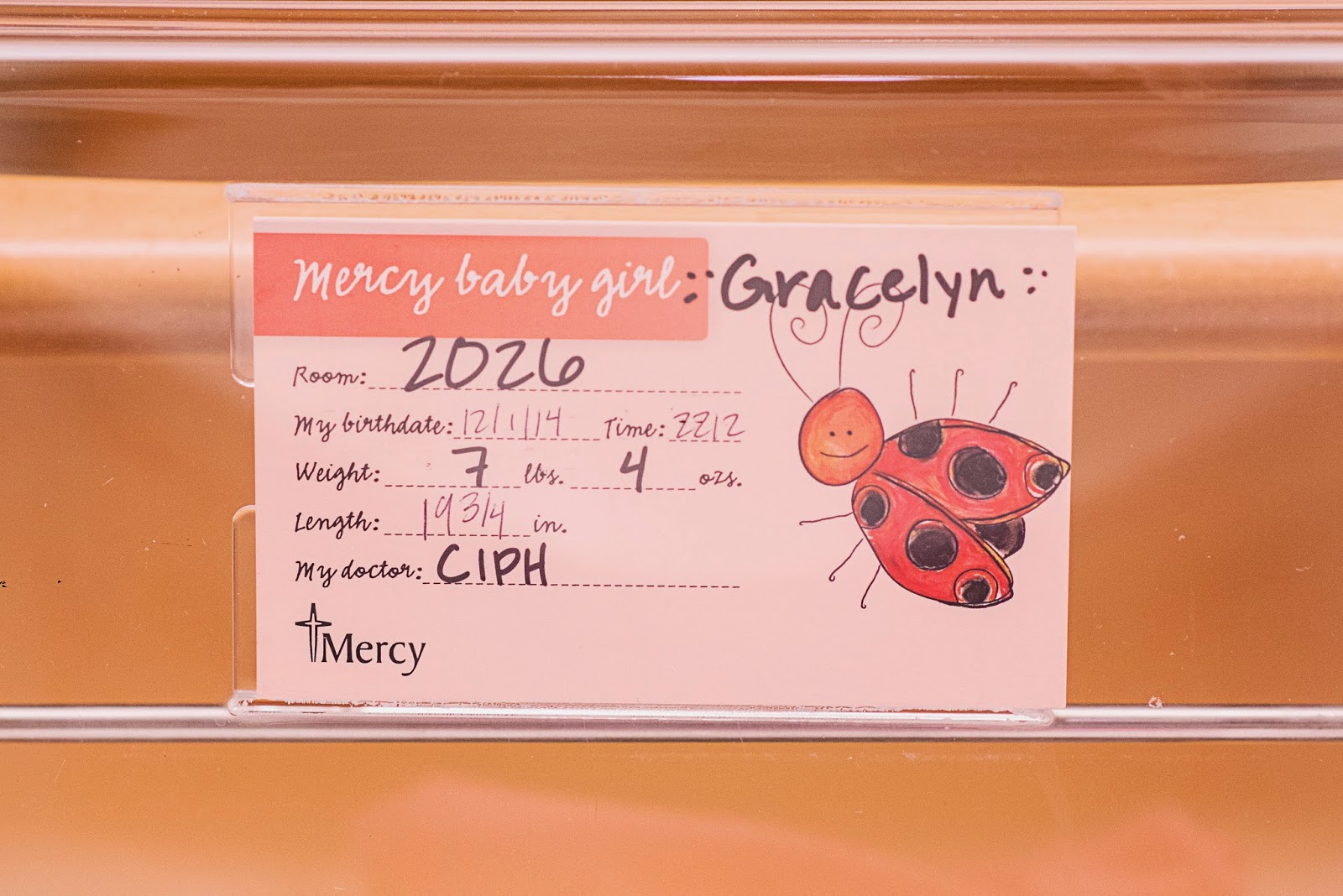 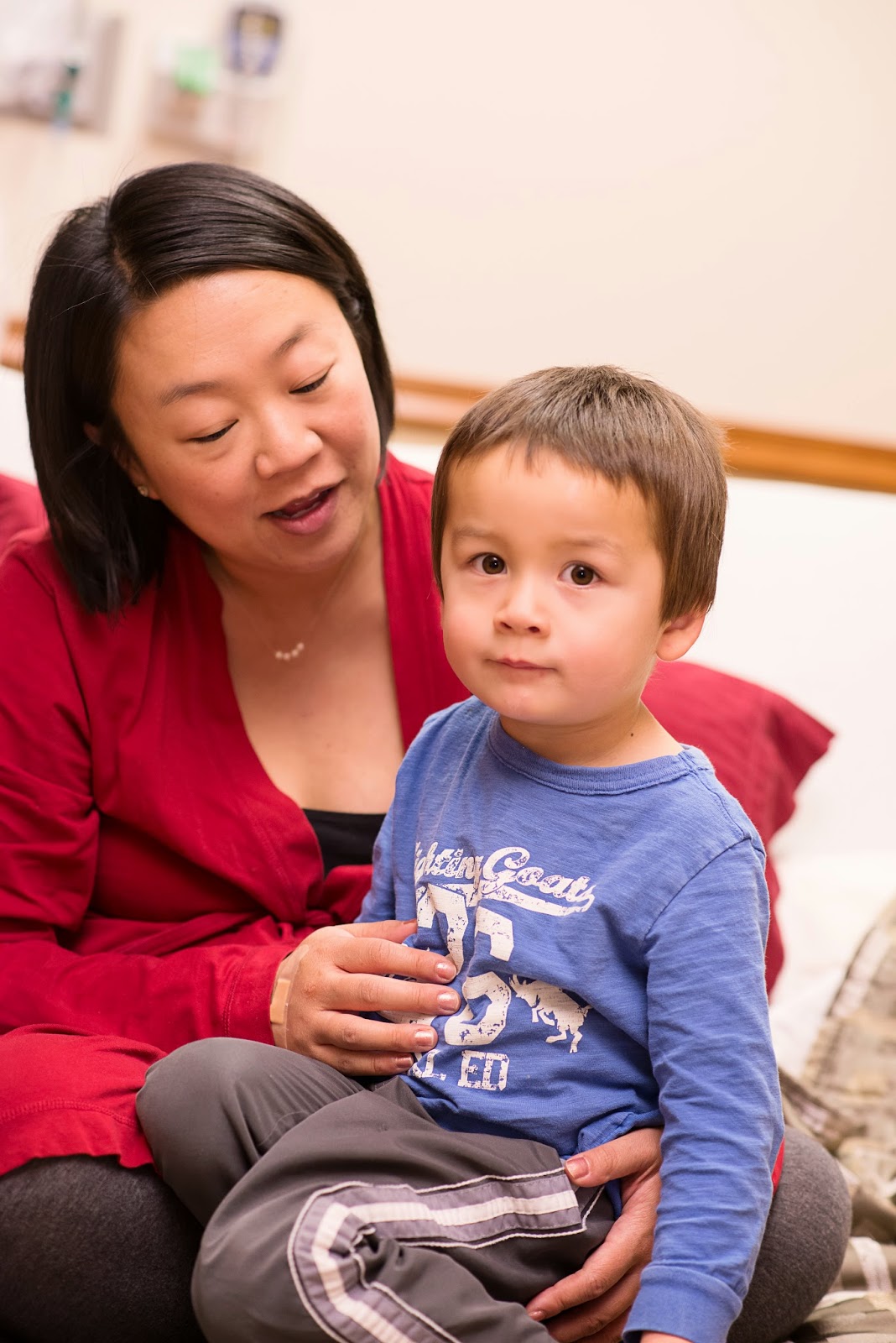 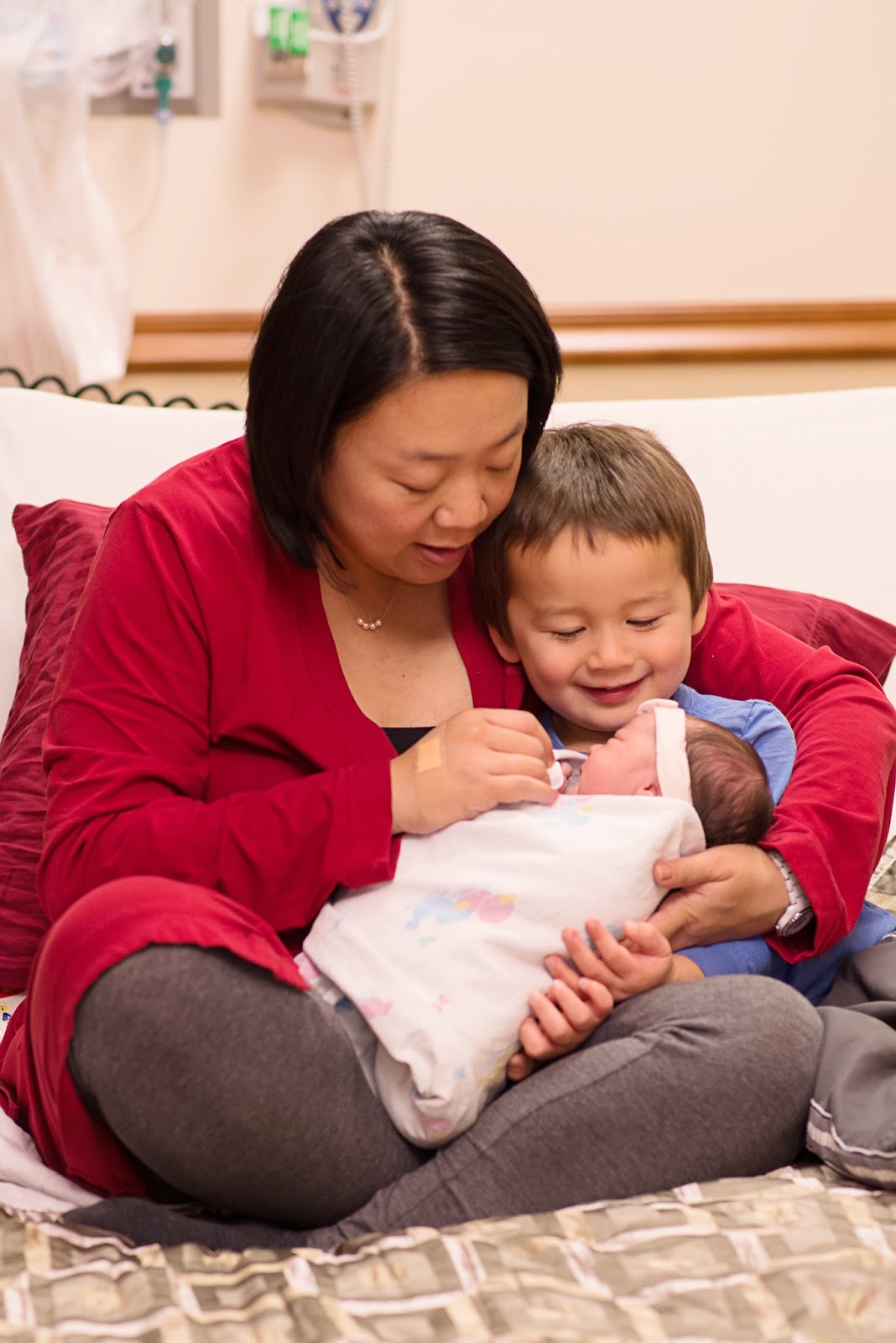 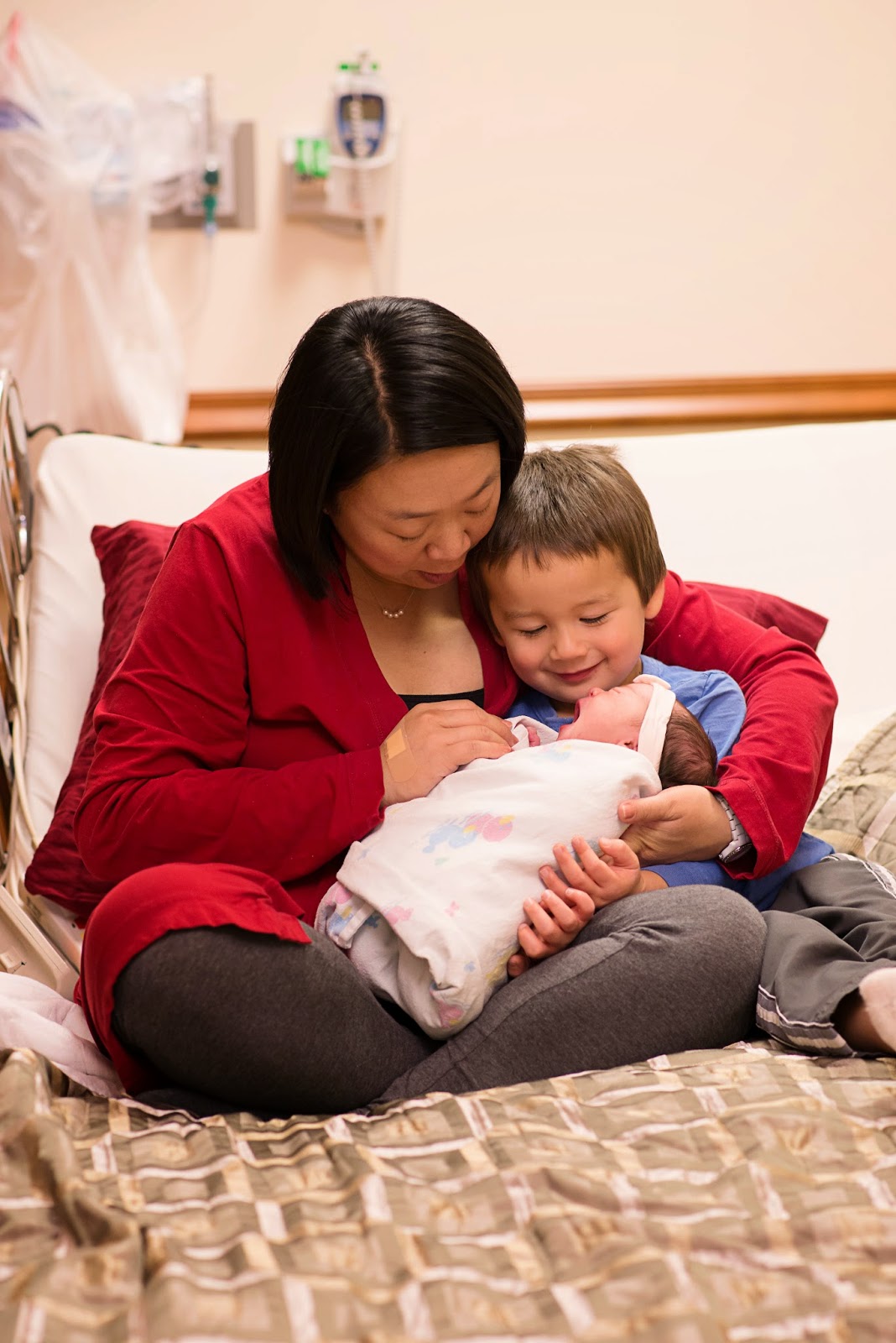 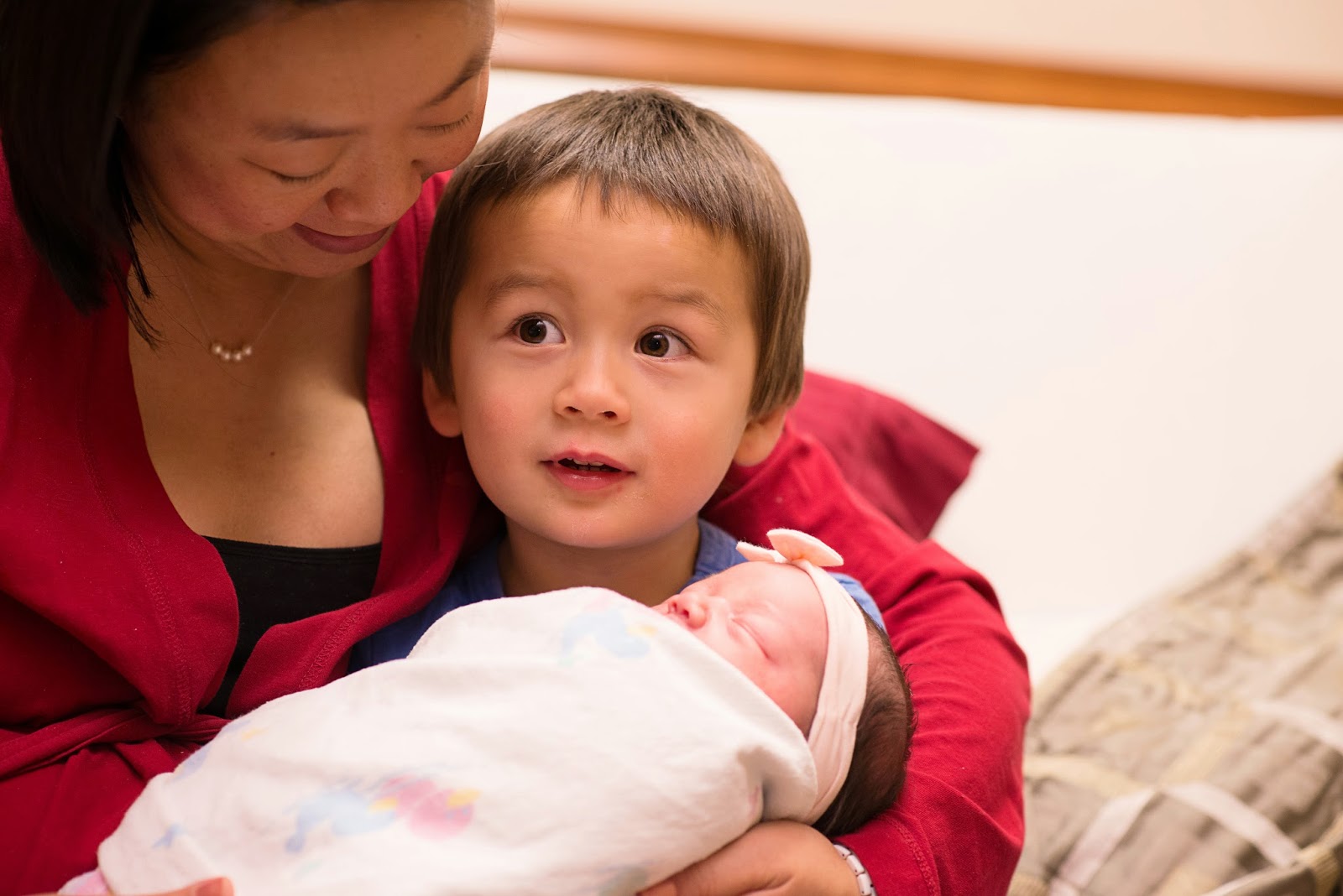 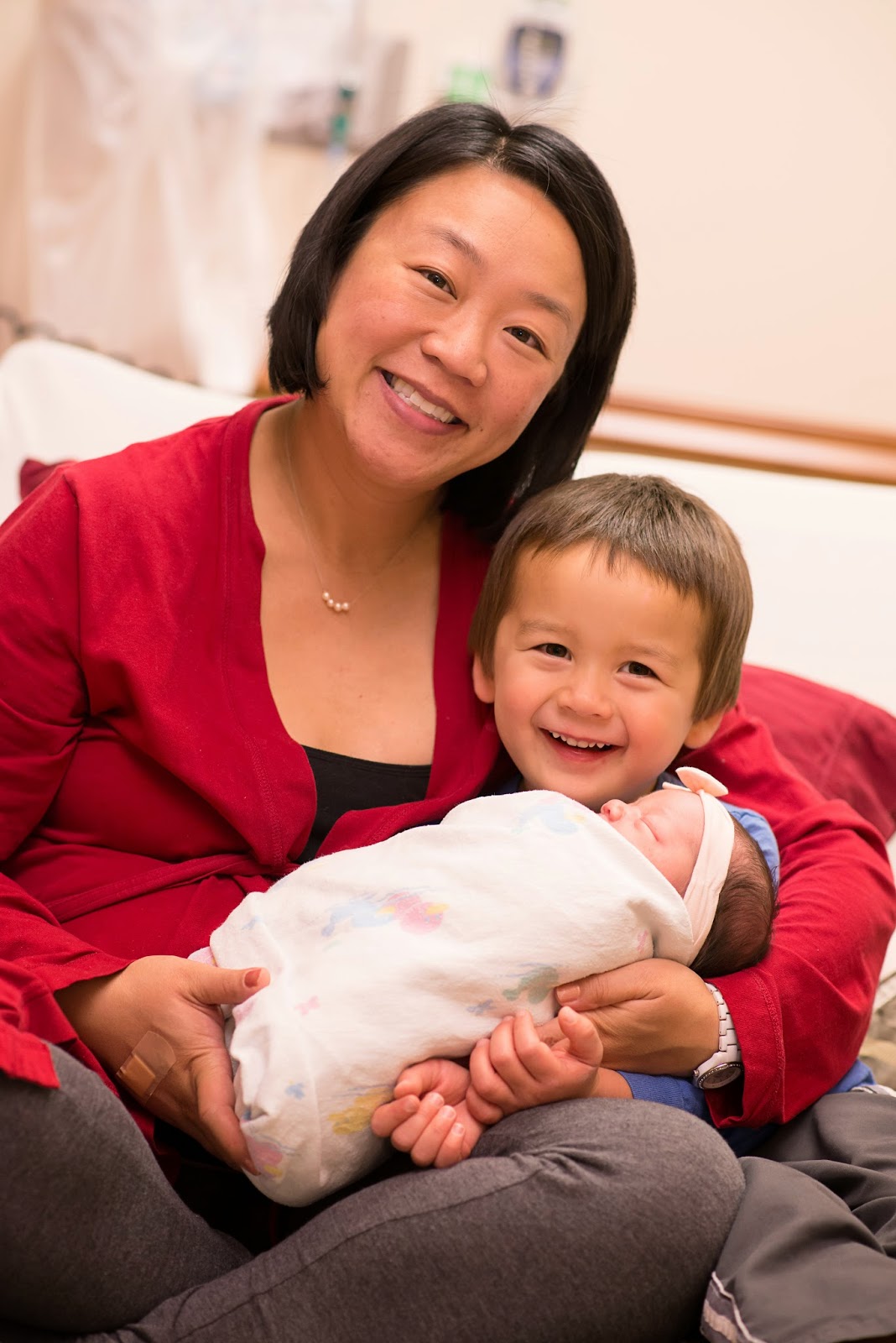 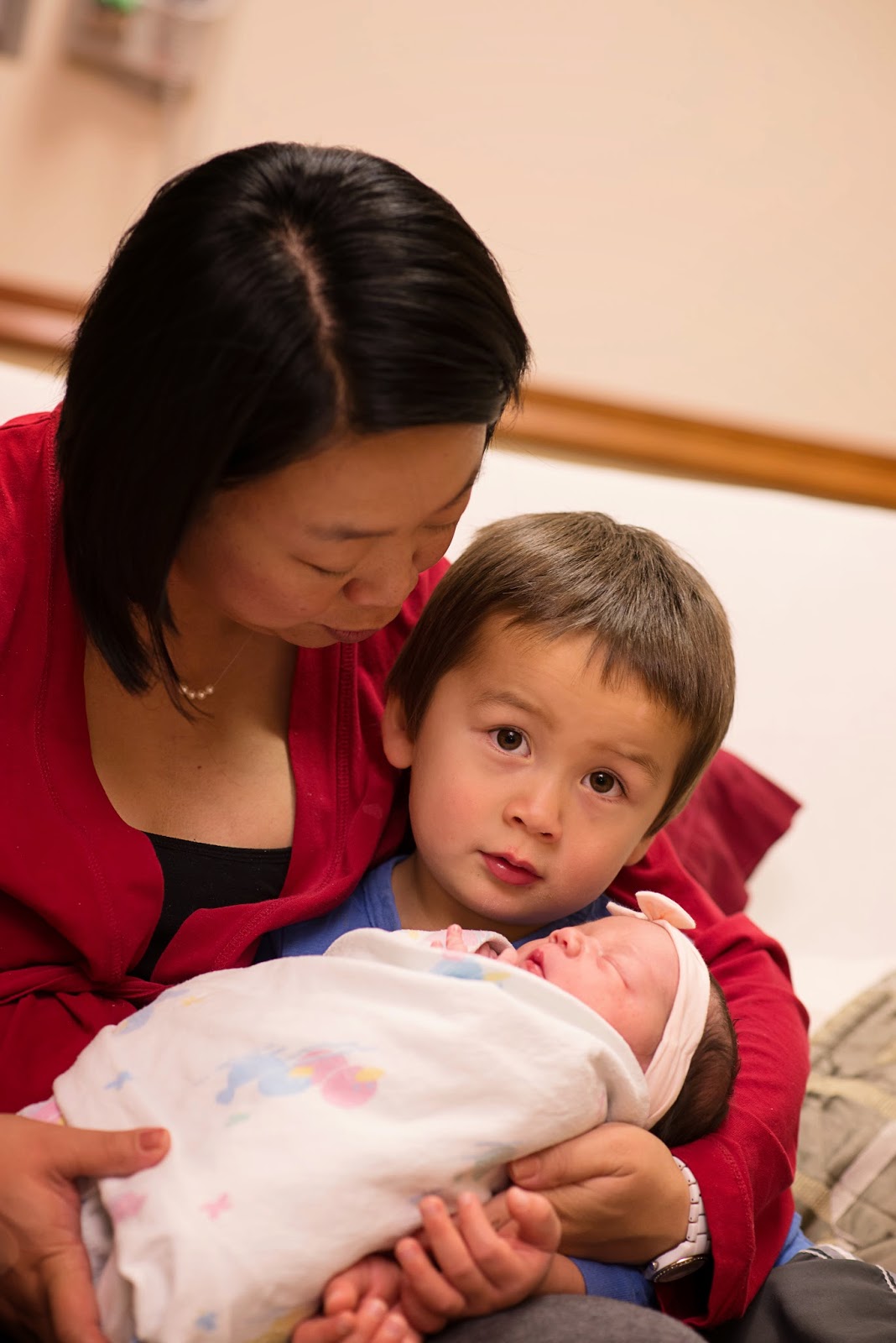 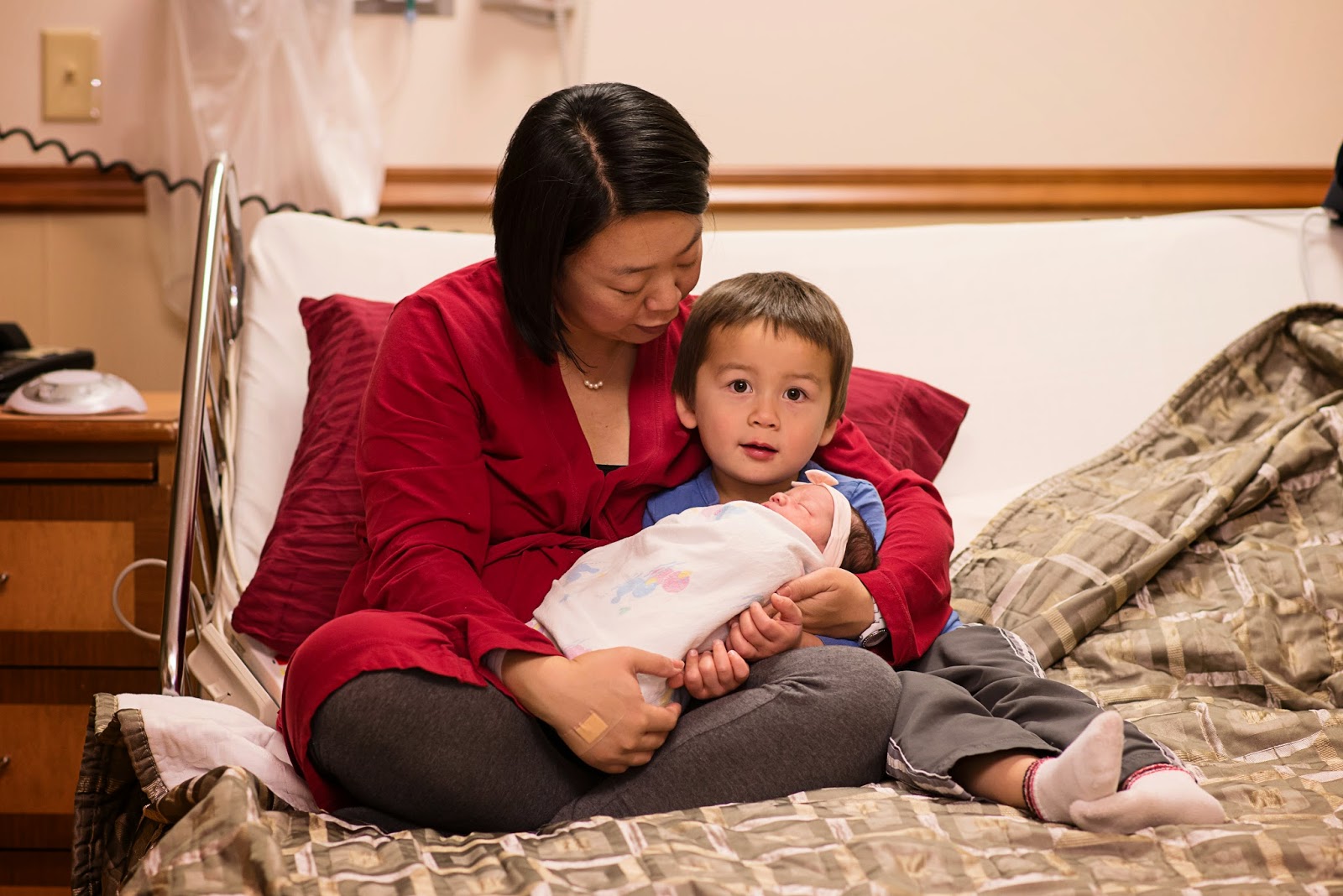 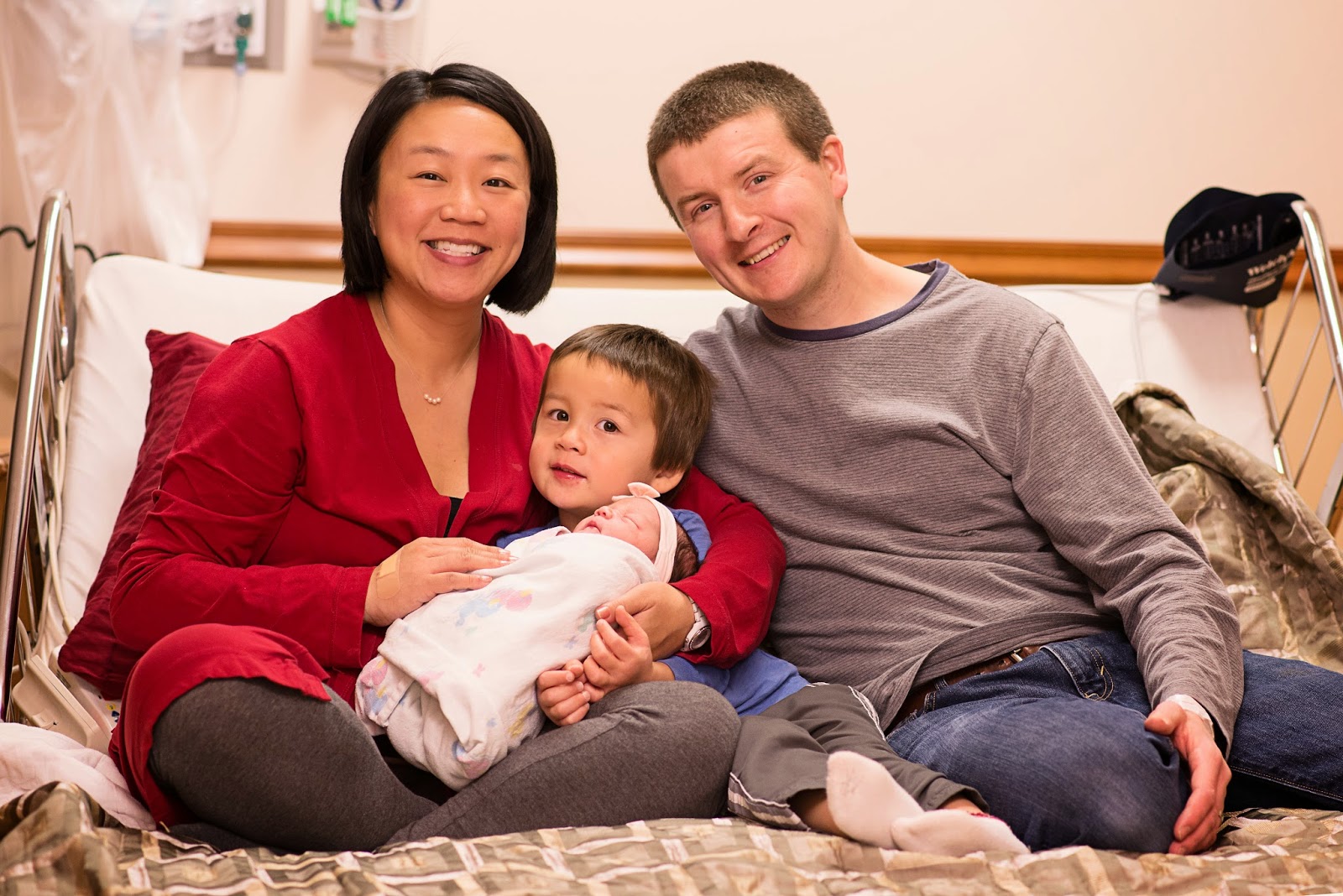 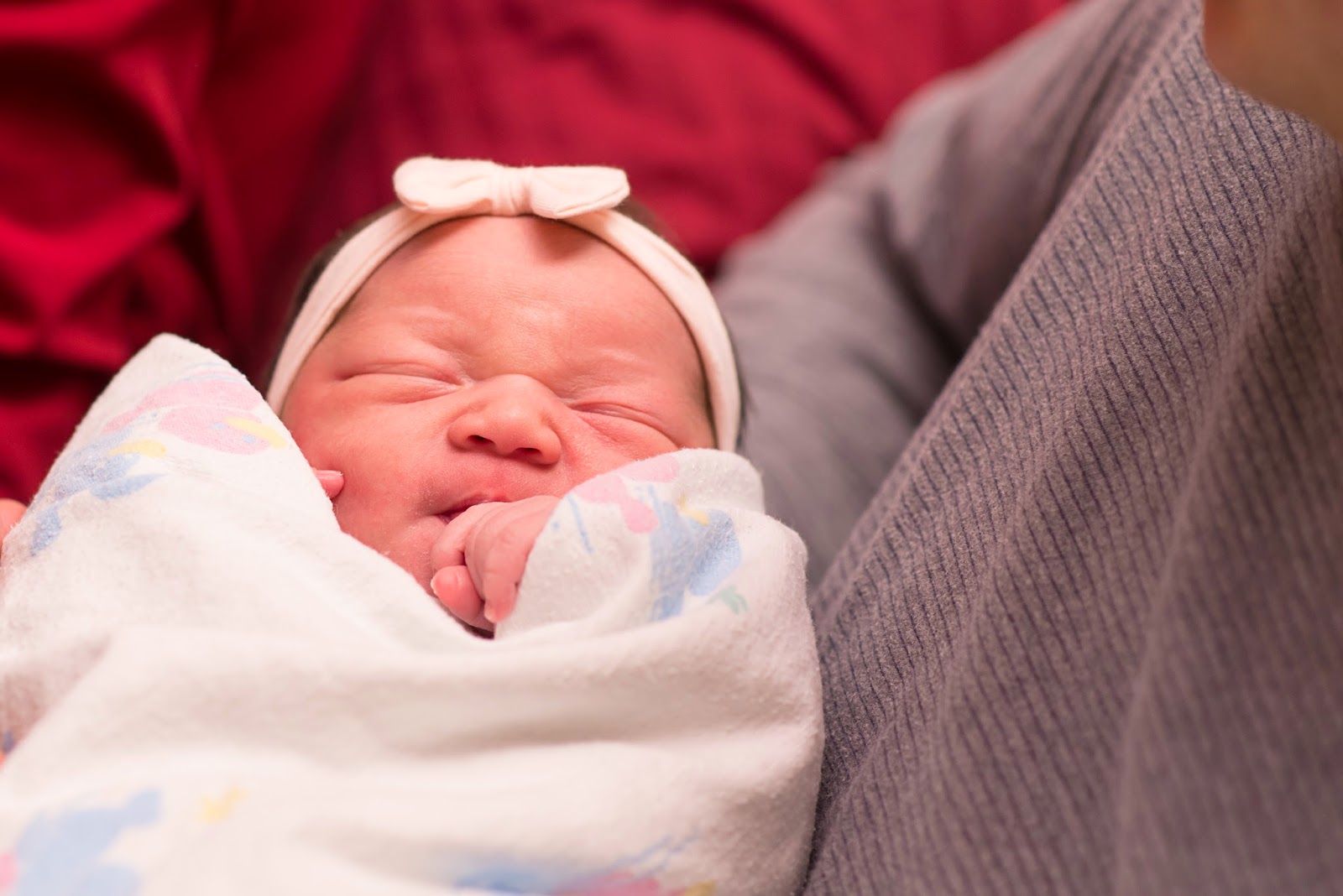 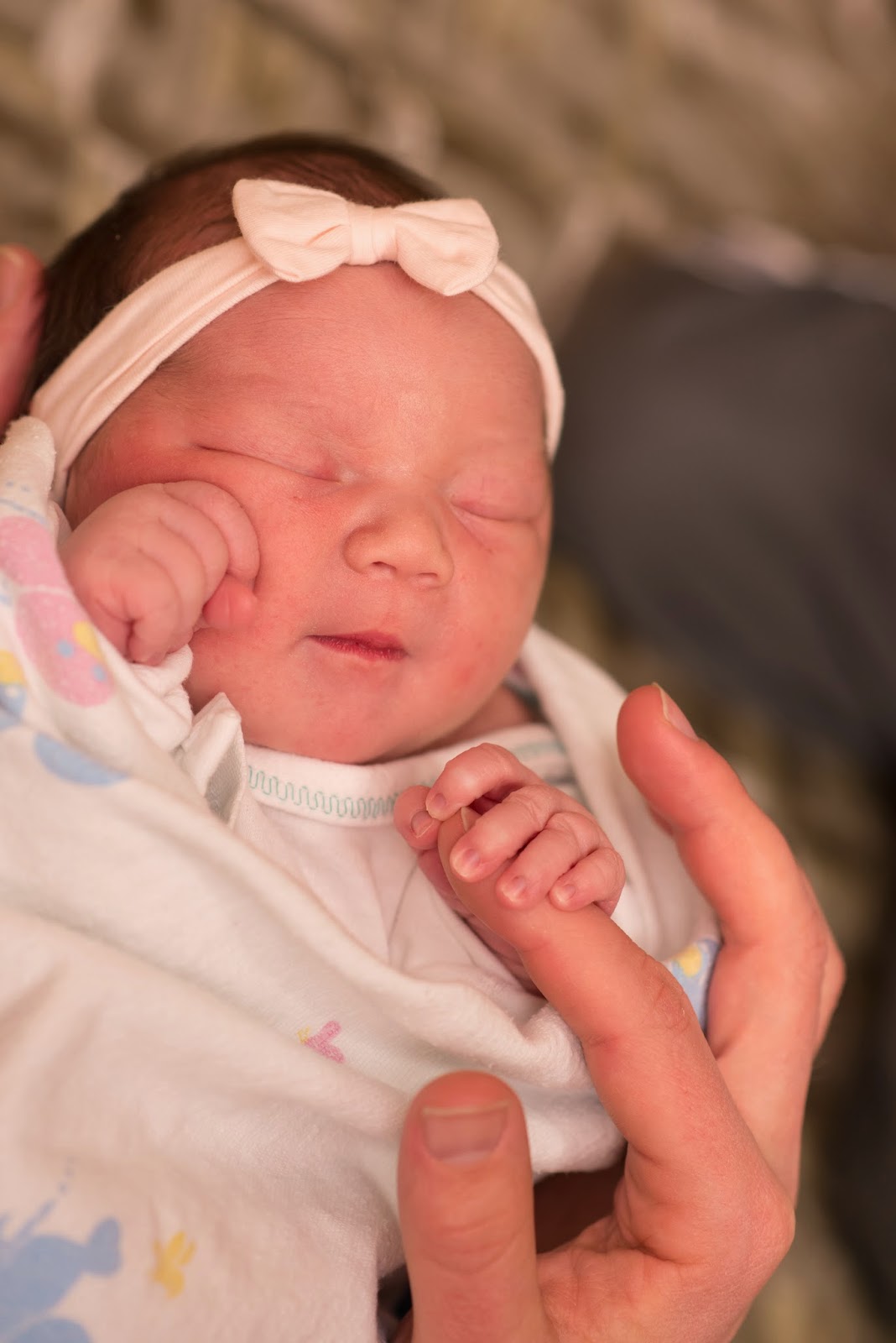 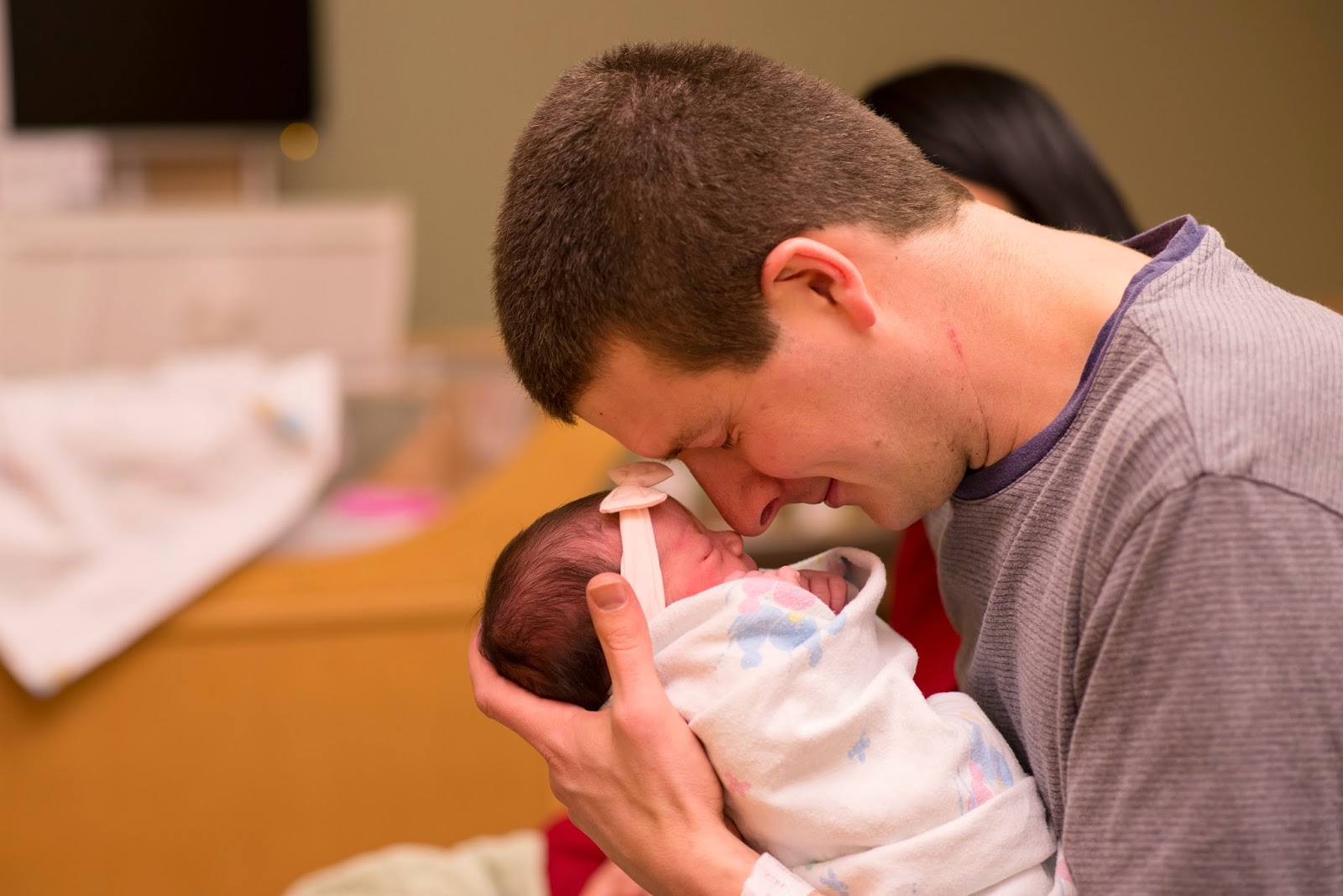 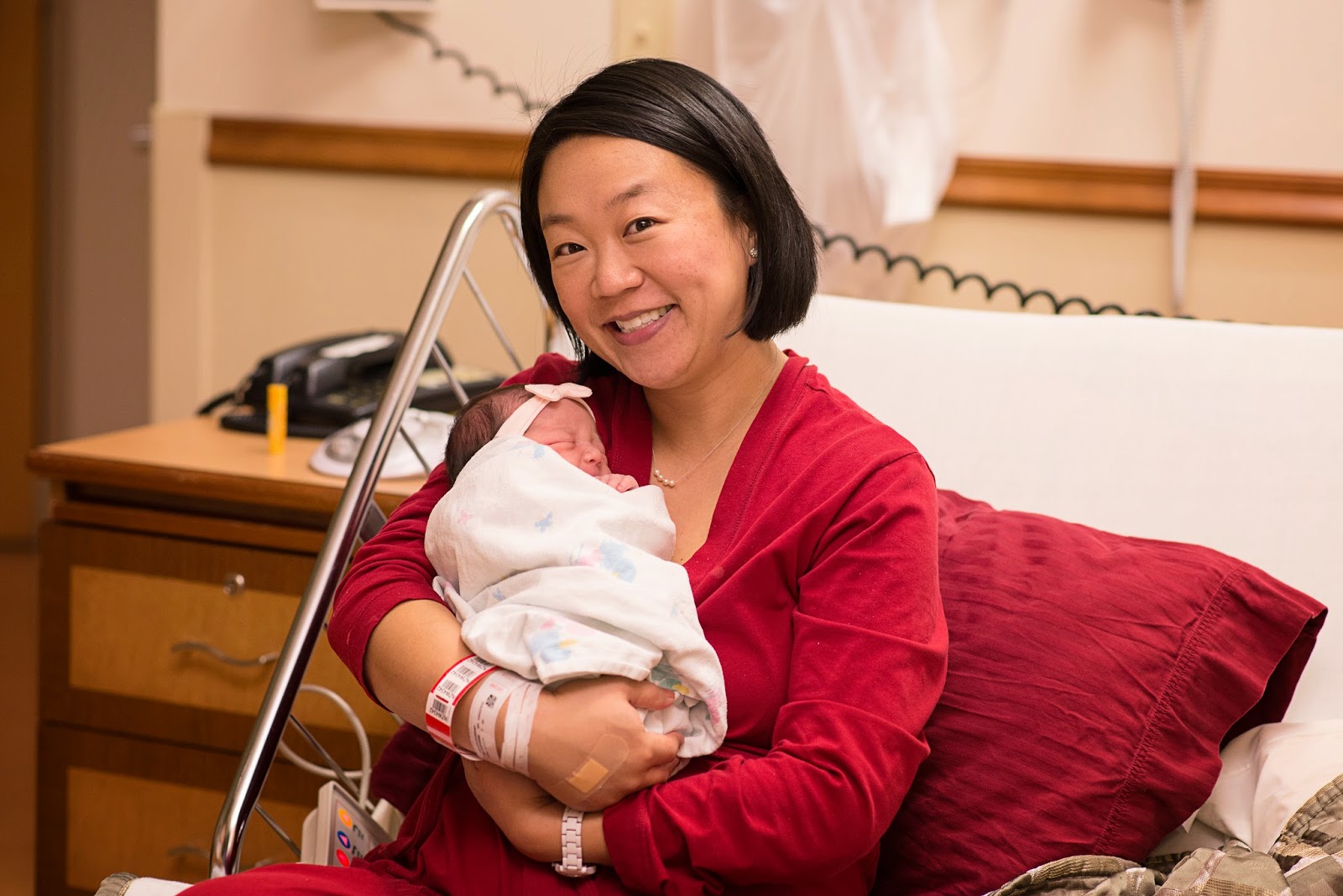 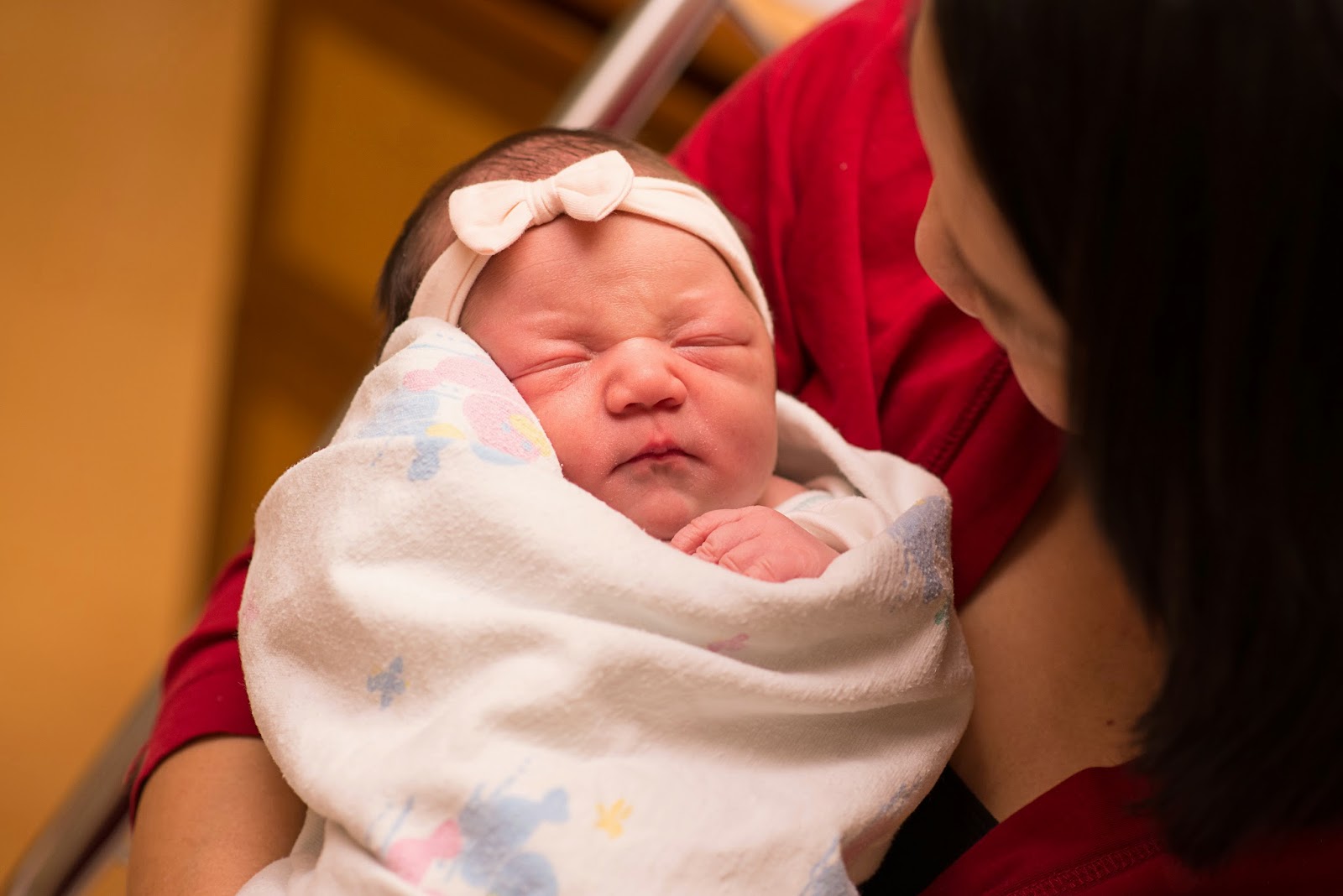 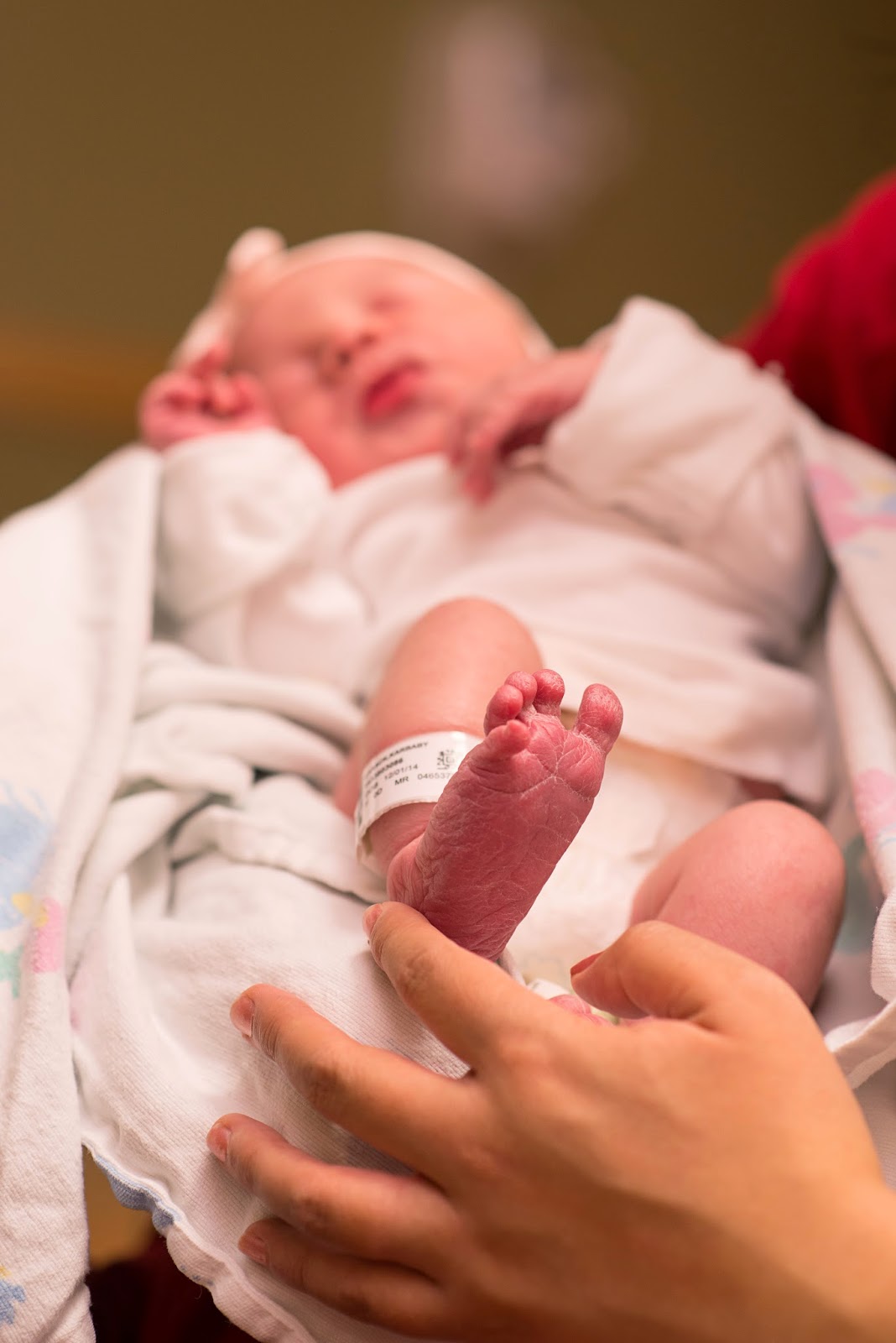 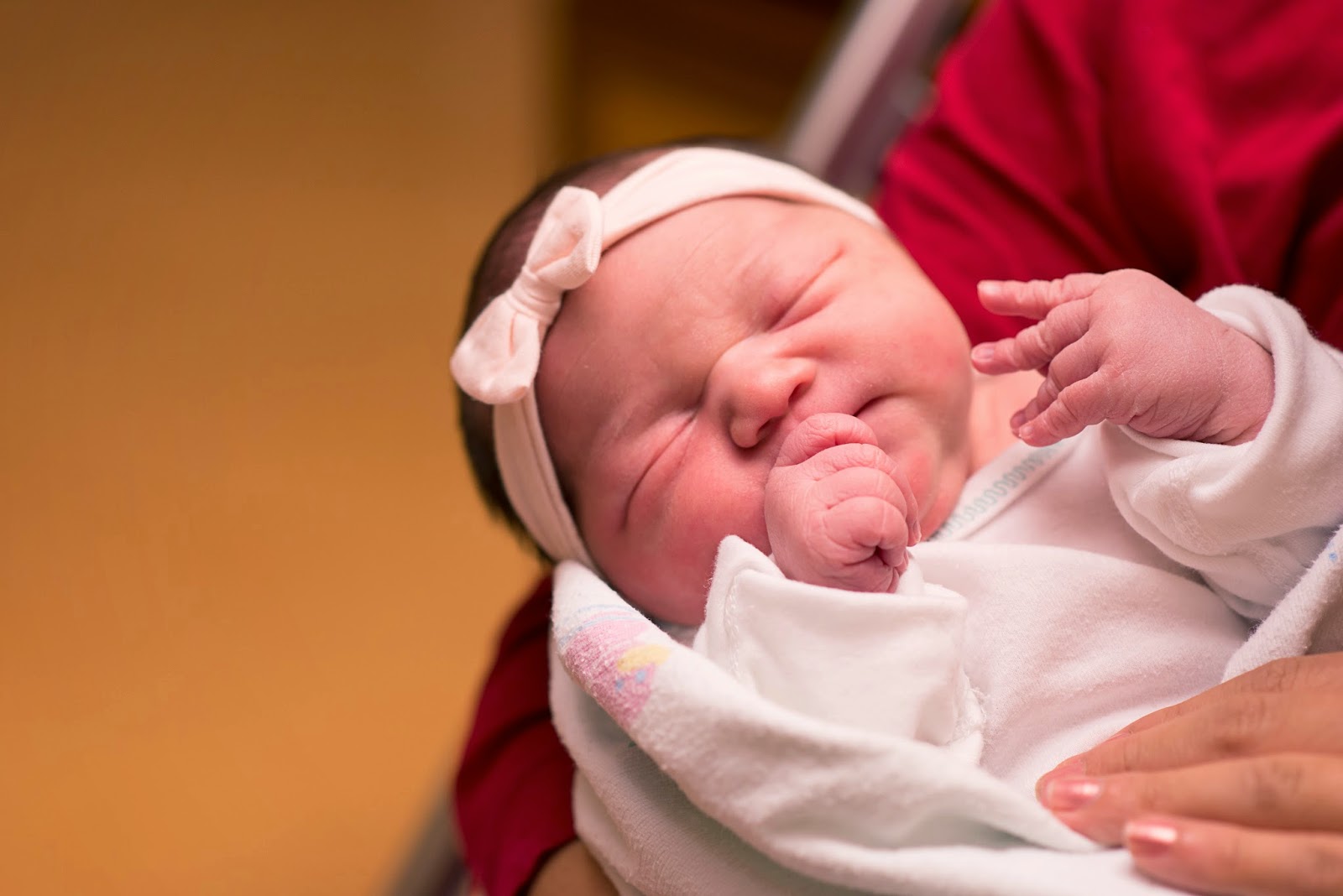 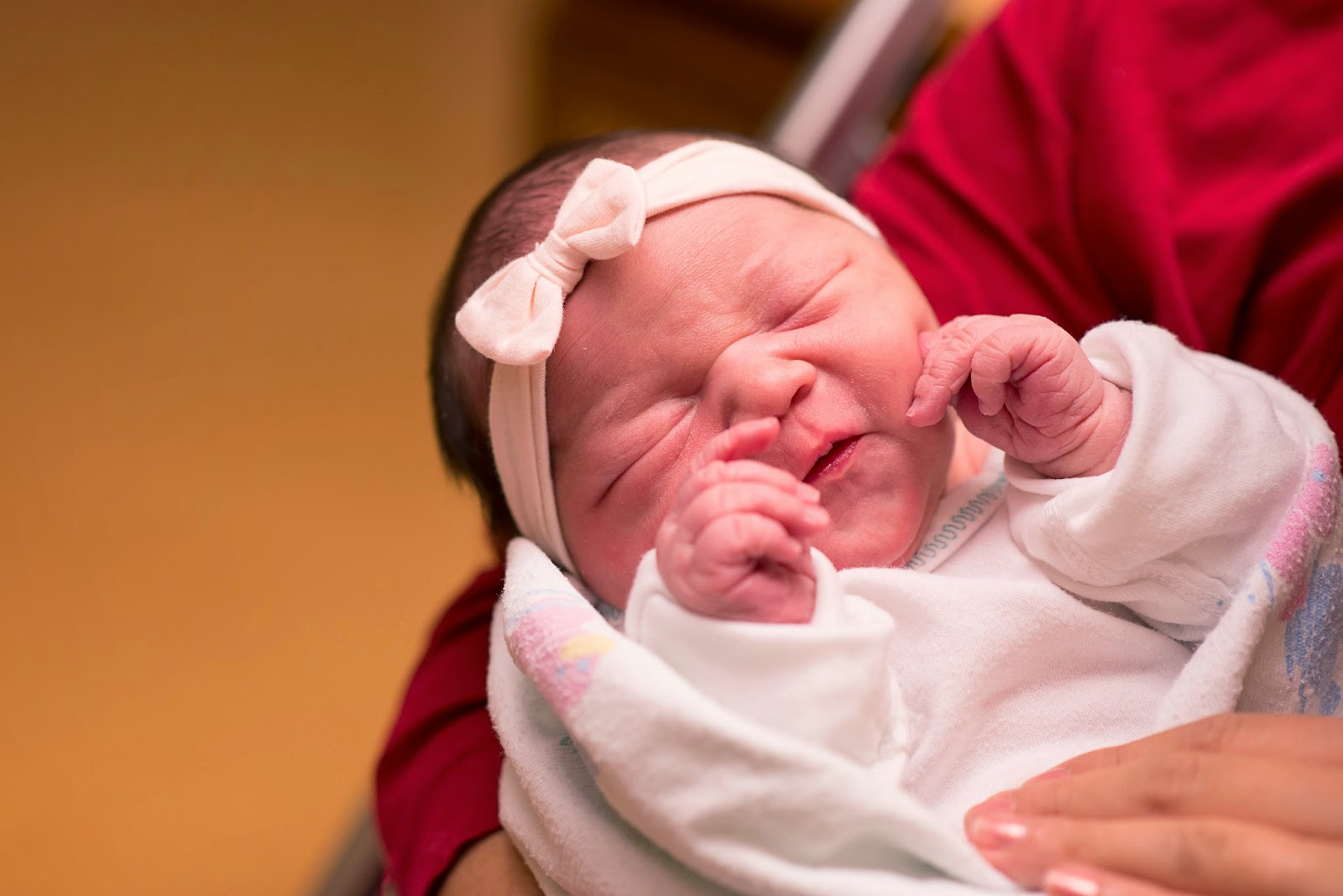 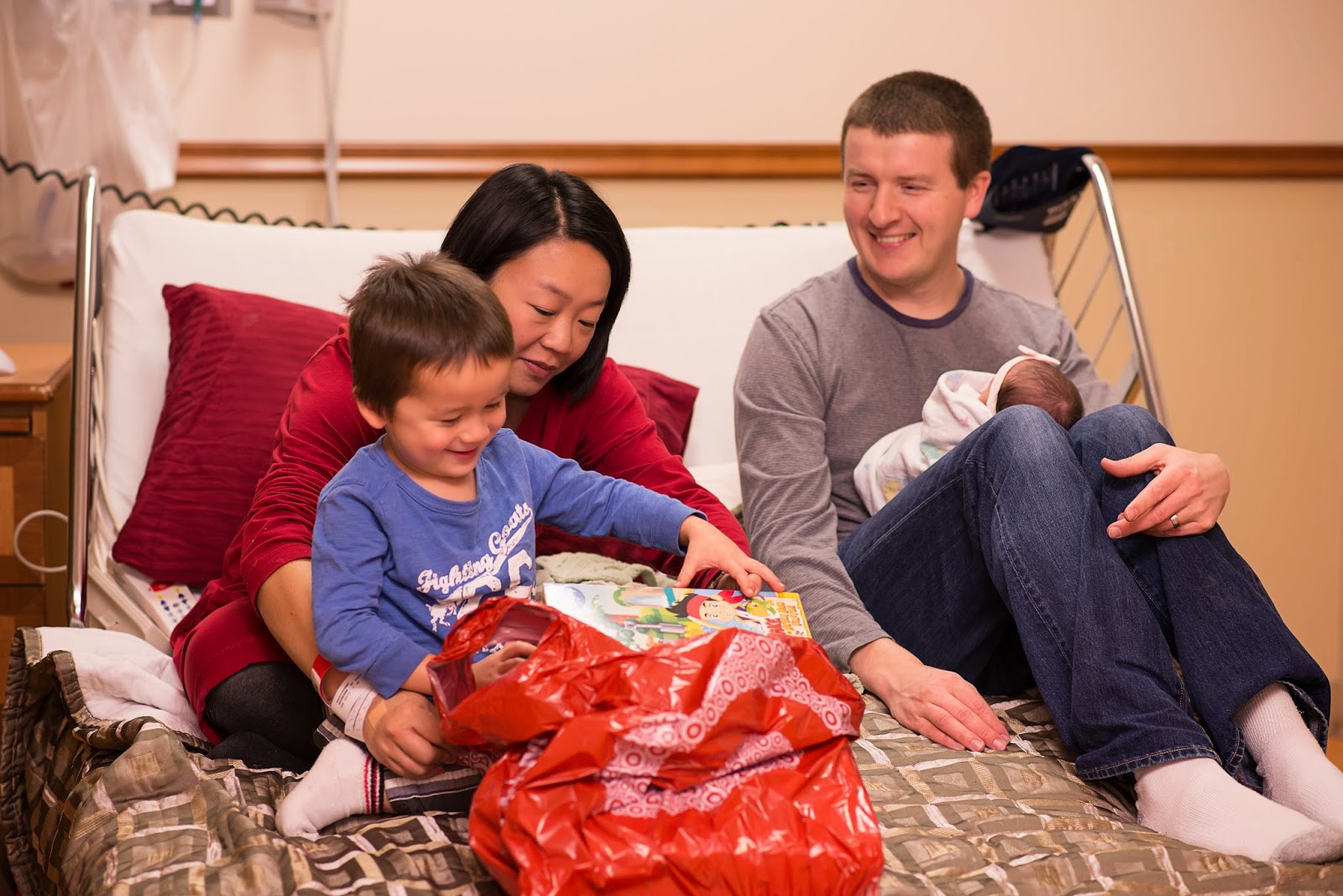 Darn that Eve--childbirth is not a walk in the park regardless of the particulars!

Congrats! I missed the epidural with my second, so I'm a little nervous about what will happen with this baby! Oh, the massage... worst part ever. Glad she's here safely!