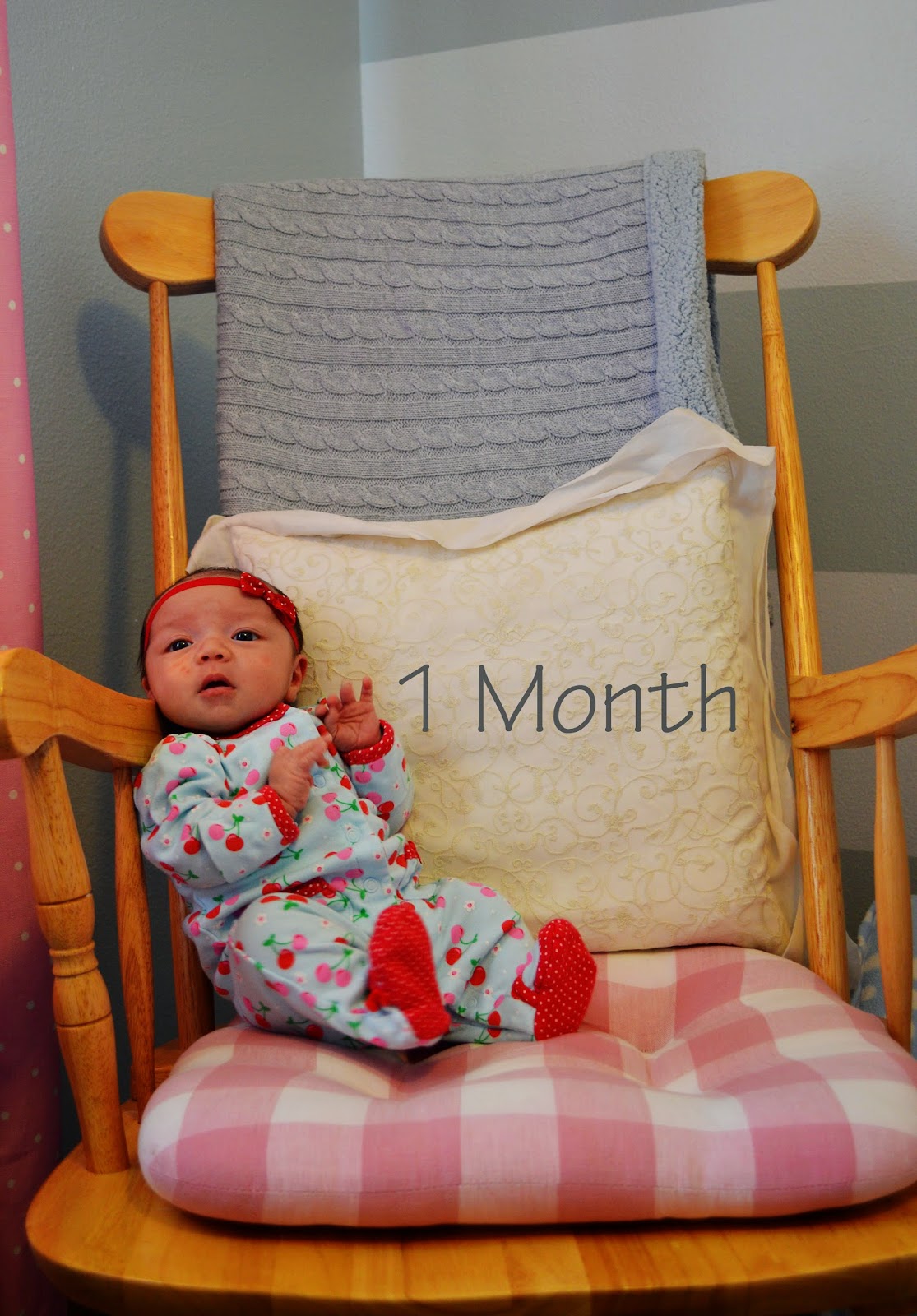 Gracelyn Elizabeth celebrated her first month on this earth in a big way – Christmas, New Year’s, traveling to Grandma and Grandpa’s and Grandma and Papa’s house in her first road trip – meeting all of her cousins – lots of fun firsts!


Baby girl came into this world with a bang! I’m working on her birth story, so look for that in coming days. Gracelyn was born December 1, 2014 at 10:12 PM, three days earlier than her due date. She tipped the scales weighing in at 7 pounds, 4 ounces and 20.75 inches long. She weighs a full pound less than her big brother and is more petite just in general. Not to mention having a MUCH smaller head. Gracelyn is derived from a combination of my middle name (Linn) with one of my favorite girl names “Grace.” Elizabeth comes from my grandma Elizabeth. Nicknames: Grace, Gracie, floppy fish, sister sister and chickie.
Many have asked me how things are going now that I have one baby under my belt. I think that I can pretty accurately say that the things that were hard with Lucan (breastfeeding) aren’t so hard this time but instead there are new hard things to deal with (gas and not pooping). As I had feared, Lucan ruined us with his great sleep habits as he started sleeping through the night around five weeks. We’re definitely not there with Gracelyn. Not even close.


My parents stayed the first couple of days after Gracie was born and then Lance’s parents came for a couple of days. Lance took the first two weeks off while we all tried to adjust to life as a family of four. We’re keeping Lucan in his daycare routine as we have to continue to pay for it. Lance drops Lu off in the morning and I continue to pick him up in the afternoons. It’s a luxury that I’m thankful for as it gives me lots of time to bond with Gracie. I also have to admit that Lu would probably be bored staying home with me and would be watching wayyyy too much television. Our friends from church have blessed us with many meals, which are a life saver in those early days. I don't know what I would do without our friends.
Eating. My milk came in around day four or five, which was early in comparison to Lu. But this time I was ready and totally fine with supplementing with formula until my body was ready to breastfeed. I remember feeling like such a breastfeeding failure with Lucan when we started giving him a bottle. I also remember feeling really stupid because he was crying endlessly – because he was STARVING. Duh Kara. Choosing to give Gracelyn a bottle was a no brainer, no one wants a hungry baby. Once my milk came in we switched to nursing and we’ve been doing really well since then. She’s by no means a fast eater, which is similar to Lucan. I also have problems with her falling asleep in the evening feedings, but she’s not nearly as bad as Lu was. I do find myself having to tickle her to get her to wake up enough to eat. Silly baby.


Wearing. Gracelyn has been able to wear newborn clothes and newborn diapers for a full month which is almost two weeks longer than her brother. We actually don’t have that many newborn clothes so we’ve been repeating the same six outfits. That’s okay, I’d rather having more options in bigger sizes. I’m loving pink. And headbands.
Routine. We follow the basic three hour routine of Eat – Play – Sleep – repeat. With the exception of nights, I wake Gracelyn every three to three and a half hours to feed her. It’s a good routine for the most part. At the end of the first month we moved into a pretty predictable routine of having to get up once a night between 2:00-3:00 AM to eat. The first half of the month was pretty rough … Poor Gracelyn is afflicted with really painful gas problems and would choose to cry most nights for about a four hour stretch. Lance and I would take turns staying up with her and trying to comfort her. She has the most ear piercing cries. We both spent a lot of time on the couch sleeping/holding Gracelyn at 3 AM. Not fun. Our roughest time of day is definitely the evenings. Unfortunately Grace wants to be held from like 5:00-10:00 PM. It’s really hard to get anything done at night. But as a benefit for me, after her morning feedings she’s pretty happy to go back to sleep without fuss. This means I get to catch up on my much needed sleep.


Sleeping. I’m just a much lighter sleeper since having kids. That being said, it’s really hard for me to get any sort of non-anxious rest when sharing a room with my kids. Gracelyn has been sleeping in her room since like day five. We were fortunate to borrow a Rock and Play sleeper from some friends, so that’s been really nice to have. It takes up less room then the pack and play and is nicely portable. The only potential negative I predict is the transition to the crib. The Rock and Play cradles her and keeps Gracelyn propped up at an incline. Not so much with the crib. But right now I’m closing my eyes to future problems and just going with the status quo. I think that Gracie’s sleep position is in someone’s arms or on someone’s chest. Again, not a long term solution. We aren’t swaddling Gracelyn. Stop the presses, I know. We were such adamant swaddlers with Lu, it even surprises me.
Pooping. This girl doesn’t poop. It makes her unhappy and it stresses out me. You can always tell when it’s been three (or four!) days since she last pooped because she gets squirmy and unhappy and her cries are shrill. She’s on a regular routine of gas drops, colic drops (actually for the probiotics) and a periodic dose of gripe water. We do tummy massages and bicycles in hopes of getting things pushed out. I’ve dialed down my dairy, caffeine and broccoli intake. It’s a sad life for both of us! (One thing that surprises me is often the topic of poop comes up now that I'm a parent. Poop for life!)

She's precious! And Lucan looks like he loves being a big brother :) I have to laugh too about how much we talk about poo! Foster will still go a day or 2 without pooing. I think it's pretty normal with breastfed babies. Enjoy the rest of your maternity leave! Can't wait to hear the birth story