I feel bad about not doing a post for Lucan at 13 months. Oh well. Too bad, so sad.
Here are things from the best of my recollection.
One of my favorite things now that I'm getting my incizors in is to suck on this waterbottle nozzle. That and riding in my car. 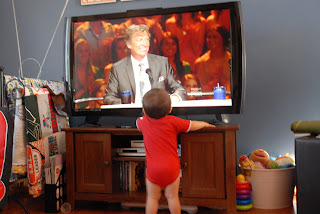 Nigel Lithgoe is cool. No momma, I'm not tourching the TV ... now. 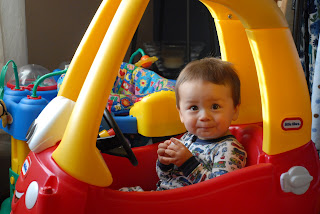 I'm plotting to take over the world. In my cozy coupe :) 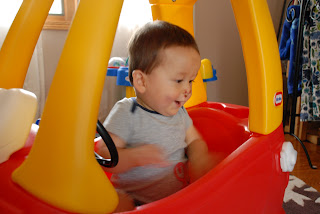 See my scabbies? I hurt my face by falling. It was sad. 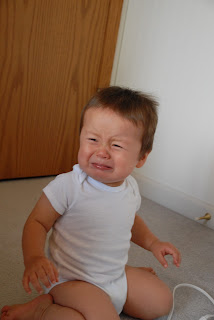 I'm so mad. Why can't I push over the fan? Mean mommy. 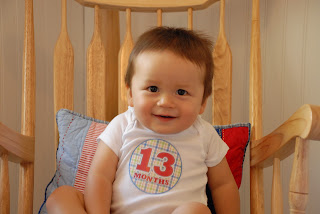 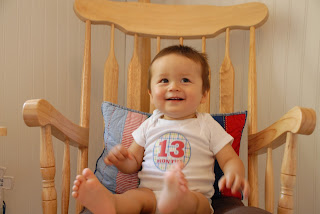