I have a one-year old. I have no idea how that happened. I'm sure this is a fairly common experience among parents. How did my child get to be this old? But I'll save those observations for another day.

I feel like a lot of development has occurred the past month. I have a one-year old. Opps. I digress yet again.

Blinking? What?? Crazy hair? Not me. 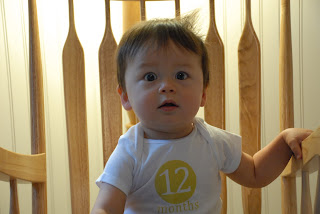 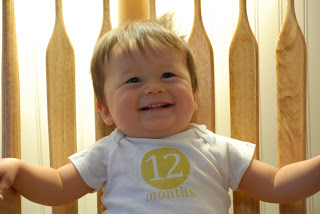