My mom bought Lucan a snow suit. Truth be told, he didn't need it. But he is darn cute in it! 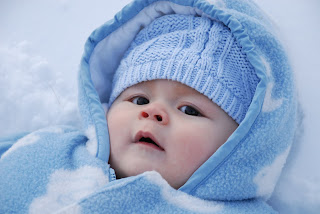 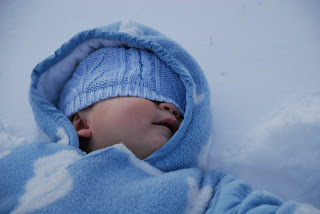 I had a hard time keeping his hat above his eyes. Lucan didn't like it when his hat slipped down over his eyes and would shake his head back and forth, just making the situation worse. 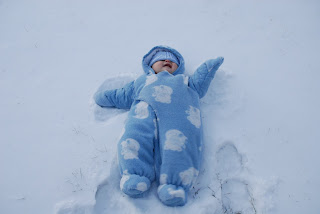 I think the idea behind this picture was "snow angel."

Instead I got "flailing baby who was upset about being abandoned in the snow by a camera wielding mom." 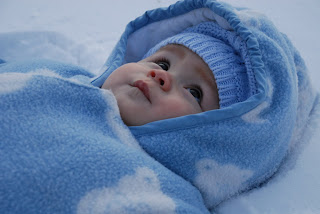 In this last picture, Lucan has given up and accepted that being the firstborn means having to endure silly photo opportunities.