If there is a word to categorize Lucan's growth and development this month, it would be inquisitiveness. As Lucan has become more aware of his world, he has become more curious about his surroundings. In this instance, curiosity killed the cat. But not literally. Poor Fire, he doesn't get much peace with Lucan around. Lu is chattering and laughing and is constant pursuit of Fire. Lu lu just wants to give Fi Fie a little love. In the form of pulling handfuls of hair. 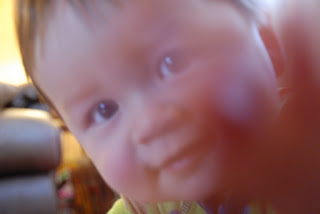 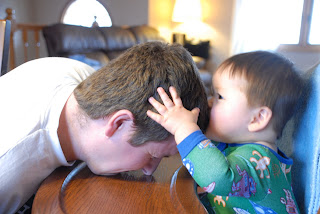 This is Lance and Lucan's latest game. It involves Lance laying his head down on Lucan's high chair and Lucan trying to pop Lance's head off. 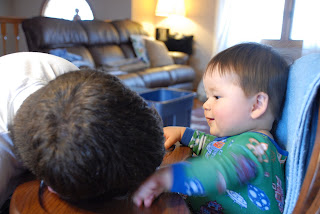 I guess it's pretty fun. It must be, it elicits lots of laughter. 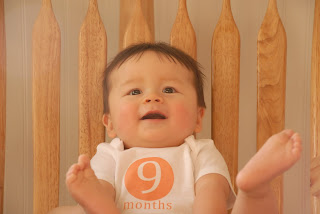 Lucan is pretty proud of being able to balance on his tush and raise both legs into the air. 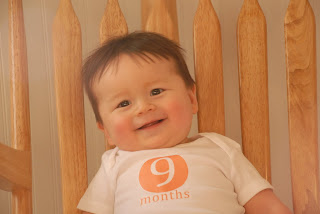