I know that I sound like a broken record, but as every month passes, I am more amazed and thankful for Lucan. I'm amazed that we've been parents for 8 months without screwing him up and I'm very thankful for the easy child Lucan is. God is good.

The two biggest changes I've noticed this month is the eruption of 2(!) teeth and his stubbornness when it comes to eating. Lucan got his front two bottom teeth in. This has led to some periodic biting issues while nursing. This also leads me to my second observation: stubbornness when it comes to eating. Lucan prefers solid foods to nursing. I think he would eat food all the live long day if I let him. Which in the long run is good, but in the meantime frustrates me. It's doing crazy things to my milk supply. Lucan will eat 8 ounces of food at lunchtime and would probably eat more 8 ounces at supper too if I let him. Instead I try and limit him to 6 or so ounces at night that way he'll nurse some too.

At 8 months old, here are some observations:


This was the easiest photo session to date. Lucan is starting to smile reflexively, so this shoot took maybe 3 minutes. BLESSING. 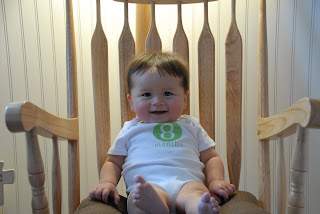 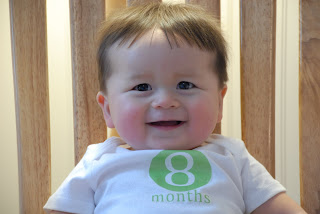 As cute as L is smiling, I think his weird faces are funnier. 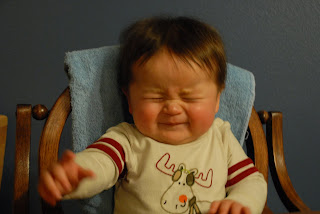 Before and after shots of Lucan's haircut. Lucan was adorable in his cape. 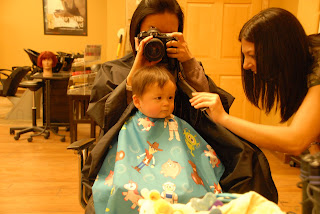 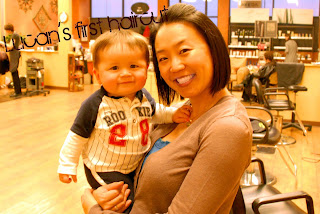 And for the Voglers viewing pleasure: Hilton Colleseum after Iowa State's win over Kansas :) 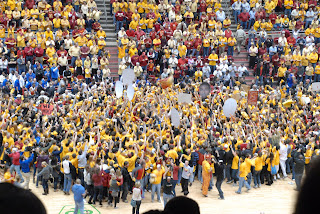 Oh my, you do not need to start discipline babies when they are nine months old!! How are they going to be naughty?? That is crazy talk.

How did I miss this post? Thanks for rubbing in the KU loss!!