Well, a full month after our trip out west, here are our final pictures!

These are the double falls at Multnomah Falls, about 45 minutes outside of Portland. Lance was feeling a little under the weather, so I drove most of the 5 hour drive from Portland to Spokane. We took an hour out of our drive and drove on the Oregon Scenic Highway. It was scenic, it was also very curvy which made me increasingly nervous. This also meant that I drove about 30 mph, annoying all of the drivers behind me.

A funny story about the bridge that is pictured in the photo below. Apparently a few years back there was a wedding party taking pictures on the bridge when a huge chunk of rock fell from the first set of waterfalls and drenched the whole party. I think that a few were injured, but not seriously. Talk about a crazy, memorable event for your wedding day! 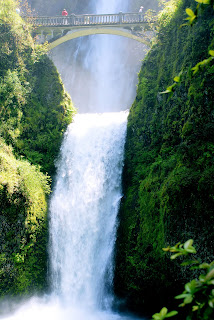 This picture was taken by a man who knew his stuff. When I handed him my camera, he exclaimed "Oh, she's got extra power!" Referencing the extra battery pack on my Nikon 200. 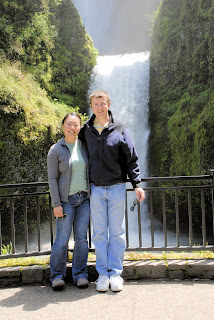 These are the falls in Spokane, WA. According to my friend Nicole, her husband who's family is in Spokane, there is a garbage eating goat around here. Sadly, I did not get to meet the goat. 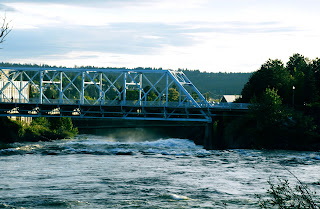 This picture is on Gonzaga's campus. This is the Tilford Center - where all of my COML classes are out of. It also houses the COML program. 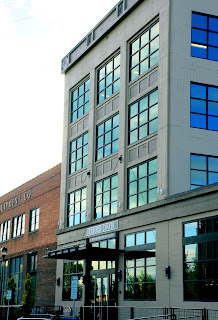 I think this is the Jundt Art Center. I think. Well. Obviously I should have written the names down of these buildings. It appears I don't remember any of their names. But it's on Gonzaga's campus! 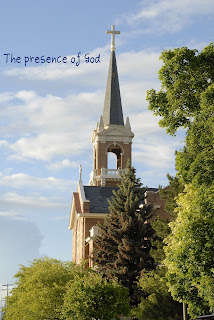 Bulldog picture. Because they are the Bulldogs. 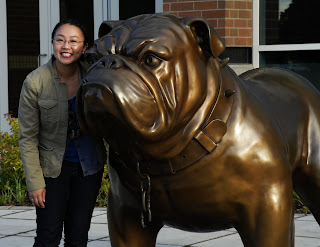 This was a scenic lookout about 2 hours away from Spokane on our drive back to Seattle. This is the Columbia River Gorge. 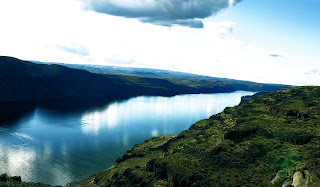 Columbia River Gorge. There was a rattlesnake. And a man pointing out the rattlesnake to everyone. Very smart.

I told Lance that I thought the clouds were prettier than the clouds are in Iowa. He thought I was crazy. But I still think that I am right. 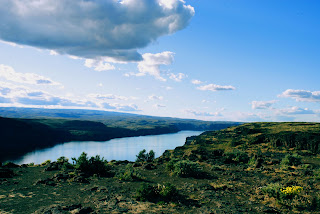 Email ThisBlogThis!Share to TwitterShare to FacebookShare to Pinterest
Labels: vacation

Great Pics, Kara!!! Love the colors. I use a Canon EOS Rebel XS, by the way. It's entry level and good for now, but I'm saving for the 7D hopefully.