Here are Lucan's 3 month pictures 10 days late :(
Lance and I both had insurance exams to cram for and pass last week, so I'm a little behind on things. Lance is also taking classes again and hogging the computer so I have limited access. (Just kidding Lance, I fully support your pursuit of higher education!)

My little man is getting so big and I love this stage of his life.

So without further ado, here are the pictures of my squirmy, non-smiley baby. Lucan really smiles quite a bit, but only when I'm not trying to take his picture. Go figure. 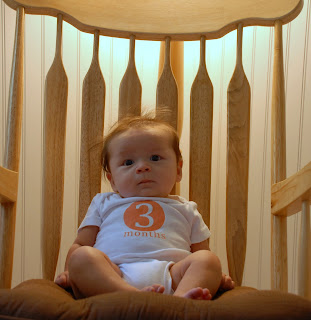 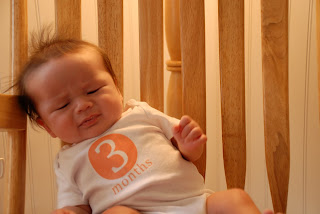 "If I stick out my bottom lip and be cute will you stop taking my picture?" 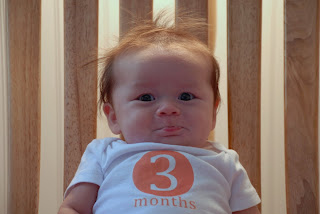 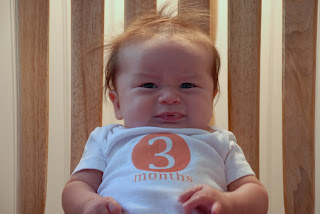 (that seriously was the last one I took. I tried to catch him smiling on three separate occasions. Obviously it didn't work out so well)
Posted by Kara K at 9:12 PM

He is SO adorable!!! I love his light hair. My little guy is half white and he's got black hair like his momma!