I've been on a temporary hiatus due to catching my first pregnancy cold (I'm completely blaming my co-worker, he was coughing last week and lo and behold - I now have a cold!), a long weekend of traveling to both of our parents' homes, and sleep deprivation. I'm right in the middle of this cold and am digging deep to find inner strength. I miss having the option of taking cold drugs. It's just me, my neti pot, Vicks Vapor Rub, and an occasional Sudafed (Sudafed is approved for pregnancy - surprising!) I figured that it was about time to post my first pregnancy picture for the world to see. I think that I've hit the point where people are going to stop telling me I look great and will now be asking how much longer I have to go or if I'm having twins. I would like to address that question - it is never, ever, ever, ever appropriate to ask a pregnant woman if she's having twins. It's the equivalent of telling her she looks fat. It is also akin to asking a non-pregnant woman if she is pregnant. Neither are appropriate and will warrant a swift kick in the shins. I don't care if you are 80 years-old. You would still deserve a kick in my opinion.

Here's me and my 29 week pregnancy glory. 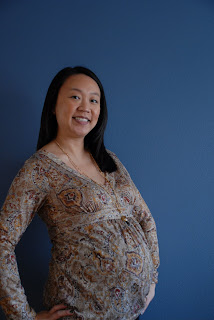 Here's Lance too. I used him to originally setup the shot, but we still had to adjust as I failed to account for our 9 inch height difference :) 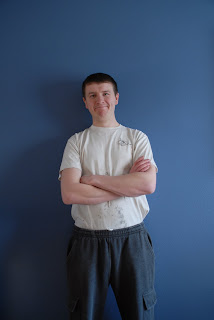 Email ThisBlogThis!Share to TwitterShare to FacebookShare to Pinterest
Labels: pregnancy

Hilarious and yet so sad about Lance's comparison to you being a pregnant cow. I hate to tell you Kara, but you made those noises when we roomed together.....don't know what that means!! :) I miss you and wish so badly I could see you!!