We wall mounted the tv just after the first of the year because Lucan couldn't keep his grimly little hands was having troubles not touching the tv. But the other day I witnessed him climb atop the entertainment stand so he could get a better view of the tv. Problem solved. 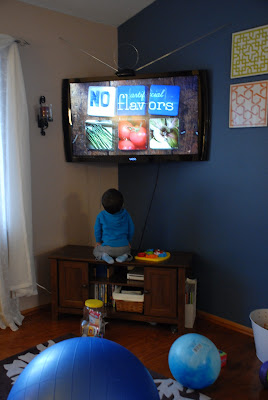 Then Lucan decided he needed a new place to sit on the floor. 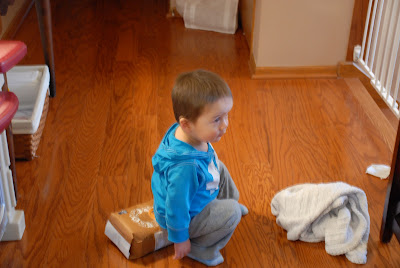 And then he couldn't quite view his microwave, so he needed a boost up.

His seat/step stool? Oh, just a bag of whole wheat flour I bought. That should teach me to put my groceries away the moment I get home. 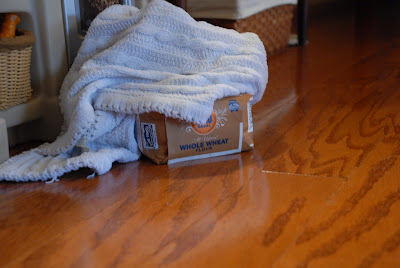 After all of that action, Lu decided he needed a water break.
Out of my water cup.

I guess that should teach me not to leave my water within Lucan's grasp. 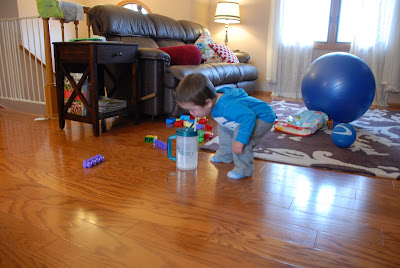 But the hard thing about the concept of "within Lucan's grasp" is that everything is within Lucan's grasp now. Only the things that are on the very center of the counter are safe. Everything else is liable to be touched or consumed. Like that bag of clementines for example. 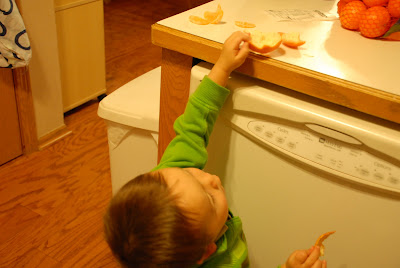 That blurry blue thing in Lucan's hand? His sippy cup. Which he was wielding like a hammer to assault Fire and myself with. Lu's very happy about this. 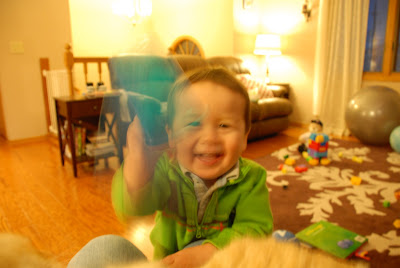 Fire, unfortunately, is not so happy with being repeatedly whacked. This is Fire giving Lucan the stink eye and Lucan unflinchingly returning his gaze. 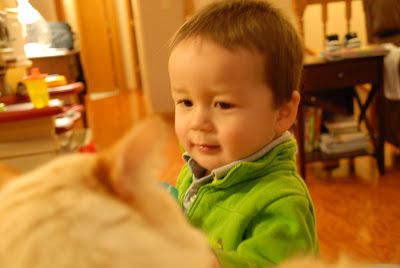 And this is what my days are like. Recording Lucan's terrible two-ness/twenty month-ness via digital camera.
﻿
Posted by Kara K at 7:30 AM