I am no longer doing monthly updates because I'm not feeling it. Props to those mothers who continue to chart and monitor their childrens' growth past one year. Originally I thought that I would, but like all mothers, there are just some things that you say that you will never do (or don't do) that you go back on once you are in the thick of things. There are a few things that I do want to record here in blog land otherwise they will probably go unnoticed. 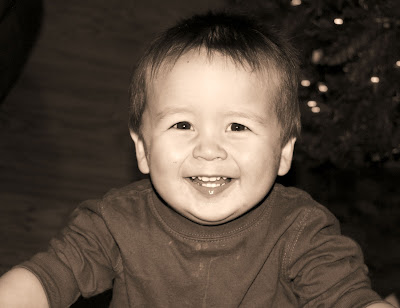 Cute photo! He's looking so much more like a big boy!