My baby boy is 4 months old. It breaks my heart just a little bit. It also surprises me how much I still don't know, but yet how much more comfortable I get with being a mom with each passing day. It's a good thing that Lucan doesn't realize his parents have no idea what they are doing.

Lucan continues to be a healthy, growing baby. He weighs over 16 pounds and is close to doubling his birth weight. 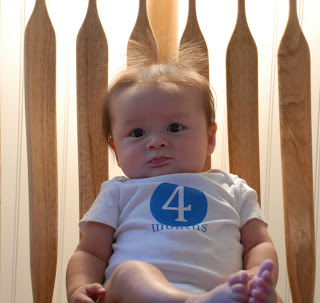 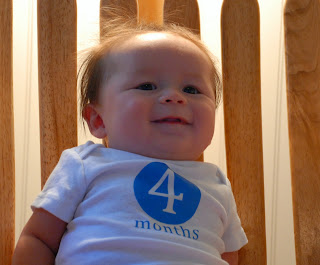 The only smile we got the entire time.

Here's an idea of the great lengths Lance goes to try and elicit a smile. 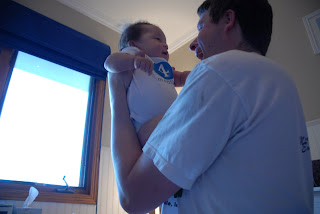 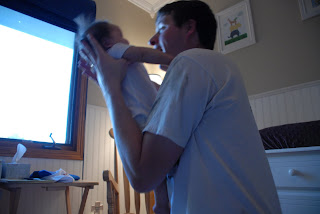 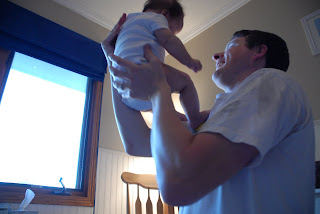 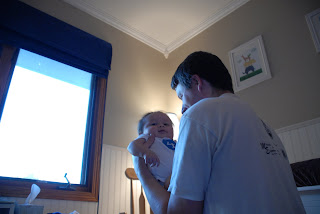 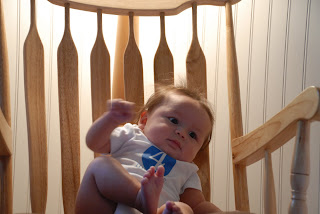 I love hearing you say that you're feeling more comfortable with being a mom. Every stage has its challenges, and we certainly learn a lot along the way!

He is getting so big!

My mom always offers to hold people's babies while they are in the bathroom. I think she is crazy!