I tried to leave the house. Yes, I know it's an "epic" blizzard. But it's not really snowing all that much outside. I probably would have made it if Lance hadn't taken our only shovel (which, why do we only own one shovel?!? We live in Iowa that's just poor planning) with him to work. Several times I almost got my car stuck, but eventually I conceded. I had visions of my car getting stuck half in the driveway and half in the street and either me trying to dig it out on my own without a shovel or having some driver hit my car. Both are bad.

I needed olive oil. Yes ... probably not a good enough reason to try and venture outside, but my focaccia bread needs olive oil! I think I'm going to try and make due with canola oil instead.

This is the view from my deck. It's a little snowy wouldn't you say? 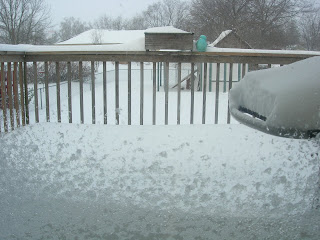 I'd say that the grilling season is officially over too. 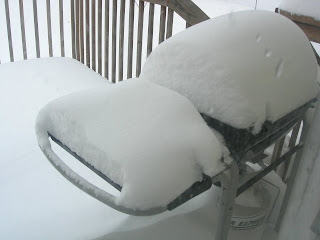 Even Fire is smart enough to know the best place to be right now is home. 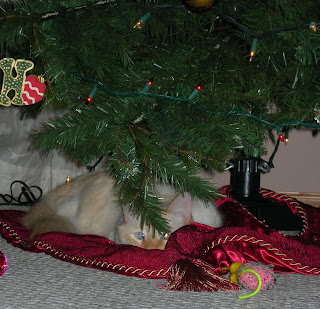 Well fine. I concede. Snow you may have won this time, but I'm ready for a rematch!
Posted by Kara K at 12:15 PM